Finally, A Day Fit to be Out In

Yesterday was the first day in ages (and I do mean ages) that had weather decent enough to go play in.  The high was around 50*.  We headed in to town and started the day with a run on the greenway.  Unfortunately, my IT band (the muscle that runs along the outside of the thigh) was acting up and I was only able to do 3 miles.  I was bummed.  Also, I have got to pump up the tires in the double bob!  They are practically flat and it doesn't make pushing the twins any easier.

After the run we drove up the mountain to the zoo.  Due to the weather, this was the first day the zoo had been open in about 3 weeks.  I didn't think anyone would be there, but there were a few other families wandering around.  We started with the Discovery Center. 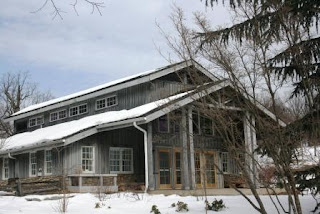 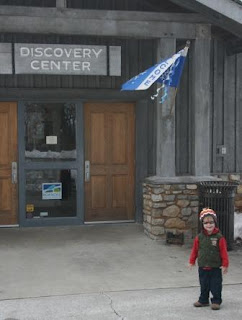 They have tons of hands on activities just perfect for preschoolers. 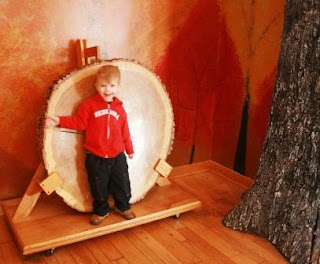 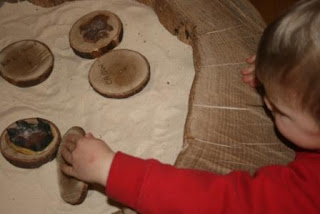 Then we walked around the zoo.  It's a small zoo.  Most of the animals were out, however, some things (like the Zoo Choo) were not open. 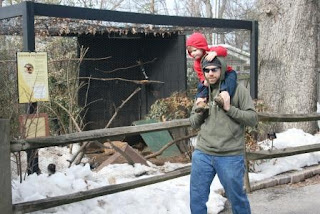 We found a very funny mirror. 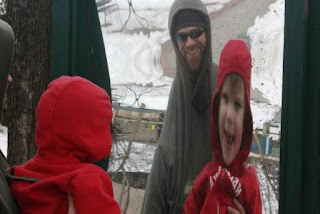 And Pierce liked the tiger statue. 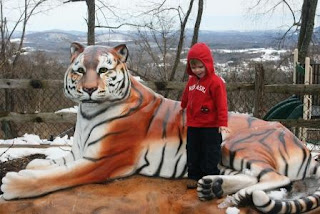 Looking out over downtown Roanoke. 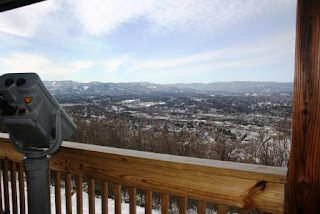