Friday was a special craft day at the library.  They were making the coolest things with the kids - fish wind socks, jellyfish mobiles, and more.  I was all kinds of excited to go, but Pierce said he'd rather go to the mall.  The mall?  I don't even typically like to go to the mall.  But I'd been promising Pierce for 2 weeks that I would get him a fish, and he was eager to go pick one out.
So I loaded up all the kids in the car (which, incidentally, takes 11 minutes what with all the carseat buckles and stroller business) and we headed out to the mall.
I had asked Pierce, "What do you want to name your fish?"
"How 'bout Josh?"
This was completely out of left field.  Josh?  The only Josh I know is the Josh I went to senior prom with...some 18 or so years ago.  Is there a Josh on Diego?
"Josh?" I asked, perplexed.
"Yeah, my fish is a Mountain Junkie!"
Oh THAT explains it.  Josh is the race director of the trail race series I have been running this spring.  But as far as I know, Pierce has never even talked to him.  Isn't it funny, though, the things kids pick up?
So we got to the mall to pick out Josh, and I wandered into J.C. Penney's to pick up a new purse very quickly, because the one I've been using for the past few years (seriously) was busted.  As we're walking the aisles this little boy comes up to us.  Short but muscled, with spikey brown hair, Pierce takes to him like cupcakes.  He says, "Hi!  I like your motorcycle shirt.  That's just like the motorcycle on Diego.  Do you watch Diego?"
And that was enough.  Charlie was latched on to us.
Meanwhile, I'm walking slowly through the store, peeking over clothes racks, looking for what must certainly be a frantic mother desperately seeking her son.  Where could she be?  Surely, any second now, there would be a page over the system for this charming little boy.
Charlie, who informed us he was four, seemed to evade Pierce's frequent and distressed question, "Charlie, where's your mommy?!?"  Charlie was too busy skipping up and down while making excellent motorcycle noises.
Finally, at least 15 minutes later, Charlie pointed out his mother.
Was she in tears as I would've been?
Was she frantic?
Was she angry?
No.  She was too busy gabbing to the lady at the cosmetics counter.
She offhandedly looked at me, laughed, and said, "Looks like you picked up a fourth boy."
WHAT?!?
I don't think she'd even noticed Charlie had been gone for so long.
What kind of mother is she?
How do you not care where your child has been in a store?
YOUR FOUR YEAR OLD!
It's supposed to be like an instant panic button the second they are out of sight, isn't it?
Even Pierce picked up on the utter WRONGNESS of the situation and said sadly to Charlie, "Do you want to come home with us?"
Should I have said something to Charlie's mom?
I didn't, but now I kind of regret not making an offhand comment that maybe she should keep a closer eye on her son.
What would you have done? 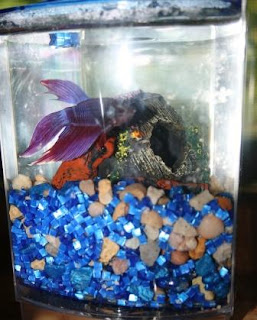 I think I would have kept my mouth shut, then complained about it later like you...but I avoid confrontation at all costs....we see all sorts of poor parenting at the hospital, sometimes you just have to hope the kids turn out okay dispite their ***** parents. (feel free to insert a word of your choosing into the ** area)

I would have called the police. That scumbag mother should be in jail. Charlie was in danger the whole time he was out of her sight. Good thing he found you and Pierce instead of Ted Bundy. Wonder how long it would have been before she tried looking for her child. You should have waited and timed it. Seriously, I would definitely have said something to her. But I am older and more confrontational than I used to be. At your age, I probably would have let it go. :-) lovemom
lovemom

Wow! That is . . . um . . . disturbing. It took her 15 minutes to realize her 4-year-old was hanging out with strangers and nowhere near her? It's true - at least he found YOU and not some nut job.

I'm not sure I would've said something to the mother, because I don't think I'd be able pick something to say. I'm sure, though, that I'd probably have a bunch of ideas in my head.

I probably would've gone to a sales associate and asked him/her to please put a page out over the system for the boy's parent(s) to come get him.

I don't like confrontation, but this floored me. I'd have been crying and freaking out. THis happened to us in Target once and they were about to shut down/lock down the store when finally Abby popped out from under a clothes rack and yelled, "BOO!" I wanted to kill her!

I am so mortified that I didn't realize you had a blog AND that you have twins! I have twin girls that are 4 1/2....

Not really sure what I would have done. Like you said you would think a parent would have been frantic because he was out of her sight. A four year old!?! Not sure I would have said anything to her but of course I would be complaining about it later on.

I agree with "lovemom"for the most part...especially with all the "danger stranger" teachings, let alone the little guy (what 7?) who has yet to be found.I would NOT have said anything to her...who knows, with her kind of cavalier approach, she could have accused you of luring him into your clutches!!!! You & the cubs could have been behind bars if she was a real whacko! Gosh, I hope she doesn't read your blog!!!

we have a fish like that. it was originally named rainbow roller coaster. then pink roller coaster. and now. it's called hanny manny. yes. hanny. not handy. and for obvious reasons. he has no hands.

i would have simply told the mother that i found her boy screaming and running away from some man who was dressed in tight shorts.