Paul's first job out of college was working for an accounting firm in Houston that did the taxes for businesses on Bald Head Island.  So while we were vacationing so close, we decided to spend a day on the island.  They don't allow any cars on the island (heck, they just got electricity there in 1983) so it's like taking a stroll backwards in time.  First, you have to catch a ferry over. 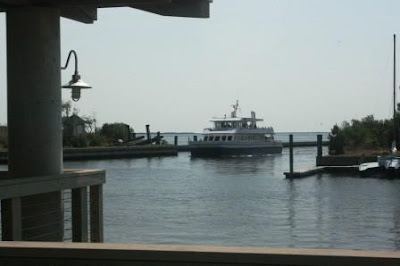 It was really windy on deck, but Pierce and I enjoyed the sun for a few moments. 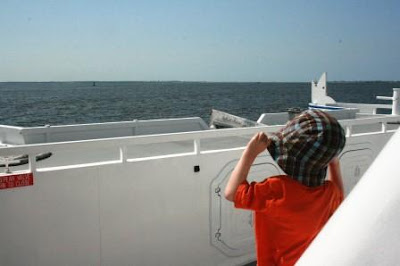 Coming in to Bald Head there are so many cute, rambling beach houses on the shore. 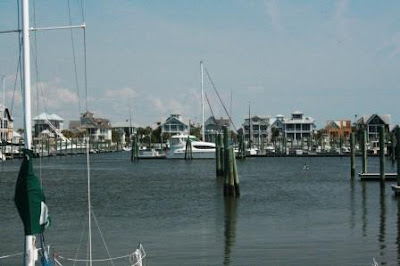 And then you see Old Baldy, the lighthouse.  I'll do a separate post on that  in the near future. 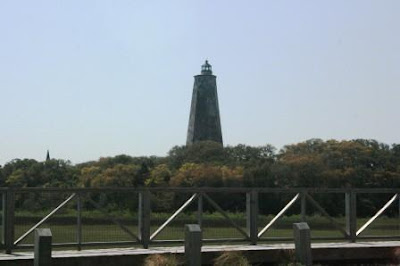 There's a boardwalk across some swampy land. 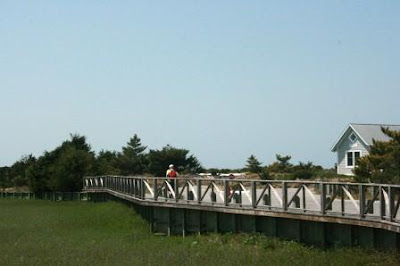 And then a little trail. 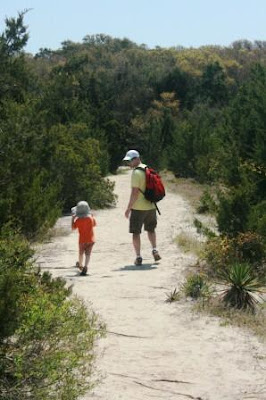 But finally we found our lunch destination. 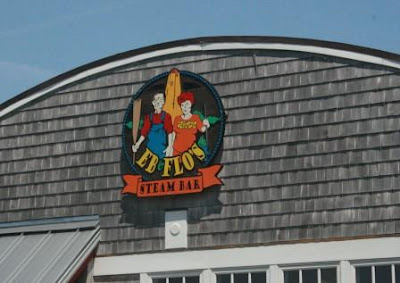 We had company for lunch.  But we didn't share with him. 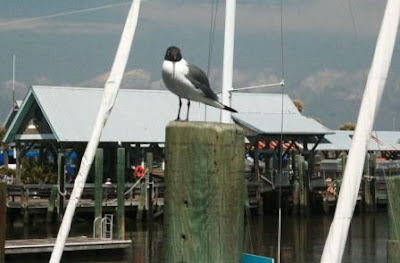 Looking over the menu. 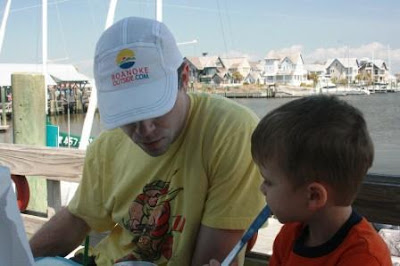 And waiting for our food. 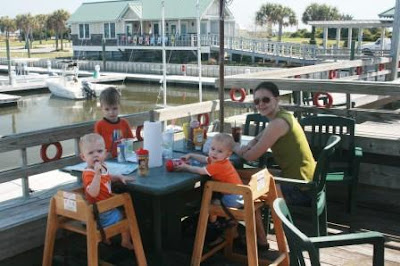 Now, listen closely.  This is important.
If I'm ever on death row (and I do hope I'm not) please let my last meal on earth be a steampot (also sometimes called a low country boil).  If there's one thing that makes me so incredibly happy, it's working my way through a big pile of spiced, steamed seafood with corn, potatoes, and some kielbasa. 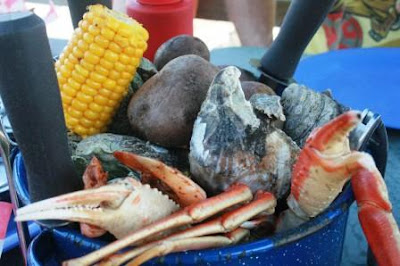 Then we set off on foot to the lighthouse.
Lots of Spanish moss to view along the way.
Don't you just love it? 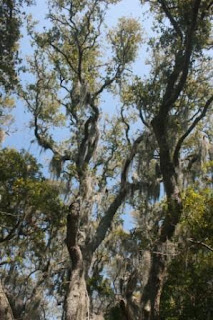 that WOULD be one heckuva last meal!!! :)

It all looks so inviting. Can't wait for your next post. :)

I always wanted to visit there. I'm glad you were able to.--Inger

This looks so mulit-faceted, so much to see!! I love that picture of the bridge over the swamp, never really seen anything like that. And I can't wait to hear about Old Baldy and why it is called that!! Well, the only thing better than eating is seeing what others eat, and this is a great picture of your meal!

Looks like a wonderful place! I always think if I lived where there were beaches it would be the best running ever! But well I have never run on a beach so mmm who knows LOL

If i look at those first couple of pics i think about the movie Sleepless in Seattle.... i know crazy but that is what reminds me of!

I would love the steampot too! I love sea food but I can't get enough where I live-here in the heart of beef country-although in the summer we do get a lot of Alaska salmon (yum!)

This would be my second to last meal.

Glad you have a happy eater too.

How beautiful is that place!!! Mmmm I want to go, I want that steam pot & those Spanish Moss Trees are GORGEOUS!