Are You His Mother?

It was the second day of preschool for the twins, and as we walked in the door we came upon a toddler, trying to run out.   I stopped him, looking around for a mother.  As an influx of people came through the doors, I kept hoping someone would claim the little guy, who had started to cry, "I WANT MY MOM!"  But everyone else just shook their head no when I asked and kept moving.  It occured to me that perhaps he had already been dropped off and had somehow escaped the classroom and was trying to run after his mom.  I knew I couldn't let him out the doors, where he could run into traffic or truly become lost.

I tried to hold his hand, hoping to lead him up to the classrooms so we could figure out where he was supposed to be.  But he began crying in earnest, intent on his desire to get out of the building, and flinging his body into the door.  The other parents walked on by, probably assuming that he was my child and just didn't want to go to school on the second day.  I'm always wary about intervening with someone else's child, but I didn't know what to do, as no parent had showed up to claim him.

Warily, I watched him throwing himself over and over at the door, like a wild horse intent upon escape.  I wasn't sure if I picked him up if he would kick or bite me, he was so deep into his tantrum at this point, but gingerly I put my hands beneath his arms and picked him up, soothing, "Come on, let's go find where you belong. I'm going to help you," and just like that, he wrapped his warm pudgy hands tightly around my neck and put his head on my shoulder, silent and trusting.

I walked around the corner (the twins following nicely, alarmed by the little guy's tantrum) and found the twins' teacher, who quickly was able to locate the mother, who had come in a different entrance.  Turns out the little guy had run off from her, and she had her hands full trying to bring in her infant twins in a stroller, and her 4 year old.  She looked exhausted and frustrated, and my heart went out to her.

This whole experience reminded not to forget a basic universal motherhood truth.  Sometimes, when things are totally out of your hands and you feel like screaming and throwing yourself against the wall, all you really need is a hug from someone who cares. 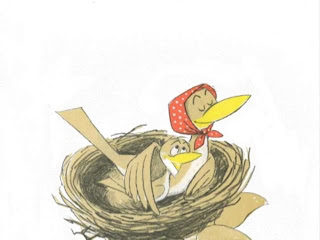 Oh so true; and I'm so glad you were there for the little guy.

Glad you were there! !!! Have a great day

Aww- so true, and the kiddos are sometimes bewildered by their new environment..hugs do solve a world of bewilderment.

Yes, that is what we need sometimes, even as adults we need a hug someitmes!
I can just imagine this scene, I could not have let him leave the building either, glad that you took the time to help this little fellow out! Enjoyed this post!

This is so true, Lisa. That mom had her hands full, and you took up the task of not only helping her but that little child.

Well Lisa this is a feel good swell my heart kind of post. There should be more caring people like you out there.He was lucky you knew just what to do. B

It truly is a great thing you were there. Who knows what could have happened to him. I'm really sure that mother was so grateful that you were there as well.

Bless you for holding on to this child! I shudder to think what could have happened to him. As a mother with 3 children ages 0-3 (many moons ago), I always felt overwhelmed. And with no family around to help made it that much more difficult. That poor mother; my heart goes out to her. This was a beautiful post, Lisa.

What everyone above said :-) and my kids loved that book when they were little.

I remember my mom reading this book to me when I was little!

thank goodness you were there and cared enough to take care of him - for him AND his poor mom...

So thankful that it was you who intervened. He and his mother are very blessed by your gentle and caring nature.

How kind of you to help her out--kids who bolt like that always scare me. You HAVE to catch them and hold tight so they can be brought safely to mom/dad/class/sitter. Nice work!

I am so glad you were there for him too!

What a nice ending to a great story. Poor Mom was probably frantic but along came Lisa to "SAVE THE DAY"

The poor Mom was probably frantic trying to take care of the other kids and looking for the lost one when along came Lisa to Save The Day!!

I can laugh now seeing people in that situation and reemember a few times myself.i miss it at times.

Good post, Lisa.
I noticed a crying (hysterical) child in Wal-Mart a few weeks ago. He was beyond helping or reaching out to without causing a huge scene. He was running through the store screaming at the top of his voice. I wanted so bad to help him, but I was scared that people would think I was actually trying to hurt him or something. He was running, and I didn't think I should take off running after him. My kids and I quickly tried to follow him to try to help him, and finally an employee stepped in and I knew he'd be alright.
My motherly instinct was to pick him up and tell him it's ok, we'll find your mommy.

Glad you were able to help the little guy and I thought it was a funny coincidence that his mom also had twins. :)

What a blessing your were to the mother and child. It's not always easy being a mom. Hope you have a great day.

oh what a truly beautiful story!!

awesome that you were there for this little one....and that you have a kind, gentle spirit that he responded to!!

I'm so glad you were able to help!

There was one time I saw an older kid playing with the cart. A 1 year old was in the cart. The mom was trying on clothes. I knew an accident was about to happen at any moment. I just went over and calmly said, "Someone is going to get hurt. Can you please stop doing that?" They stopped.

What a wonderful thing you did, Lisa, to help that little one. And he knew he could trust you.

Awww, poor little guy. You did your good deed for that day without a doubt. I am sure his mother was very appreciative too.

Wonderful that you were there to provide a helping hand. Parenting can be trying...in all stages.

This was like a wonderful hug for me today. Thank you for caring, Lisa!

Ahhh my heart was breaking for the little guy..and then his poor Mom, wow she has her hands full. You really saved the day for both of them.
We must all remember your message...a hug and a helping hand can cure lots of broken hearts!
M

Awww, you did your good deed that day. :)

That is quite a story. So glad you helped him out. Can you imagine if he had gotten out those doors!

YOU SAVED HIM, Baby Girl and probably his Mom too!...:)JP

I am just so glad that you were there and aware enough to see what was happening and caring enough to make sure he was ok.

Awww, poor guy. He was just freaking out. :(

I'm glad he could relax with you. Whew!

(That's what I remember most about that book.)

I love that he eventually wrapped himself around you. It's like when I go to pick Naveen up, all the other kids start crying for their mommies. I become the universal representative of mother at that point and make them miss their own.