A Park in Winter

On a recent chilly day we headed for some fun at the park.  It was in the low 40s, but windy, so it was pretty chilly when the sun wasn't out.  I guess the park wasn't expecting anyone to come visit, because we found huge mounds of mulch just waiting to be spread. 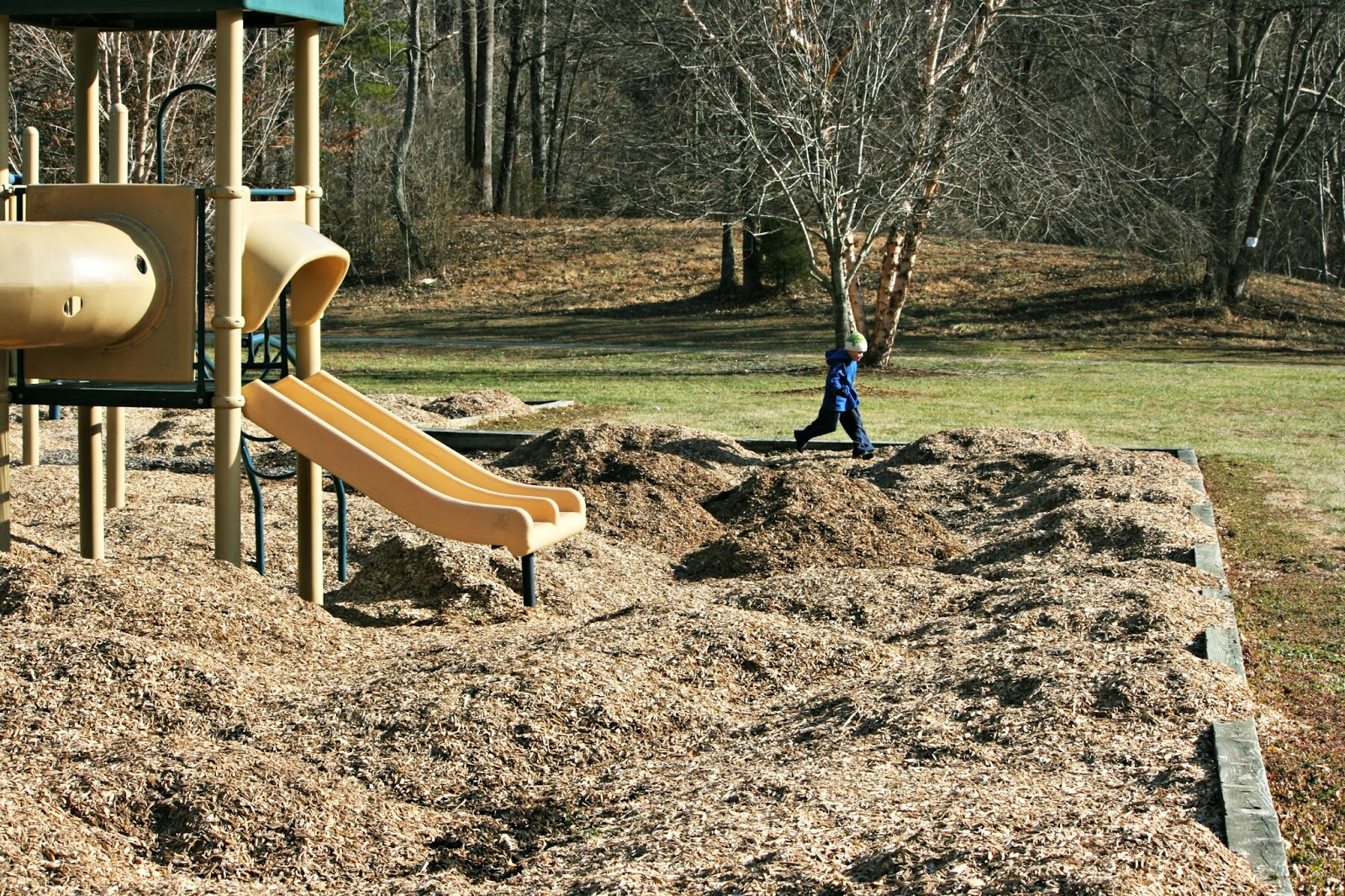 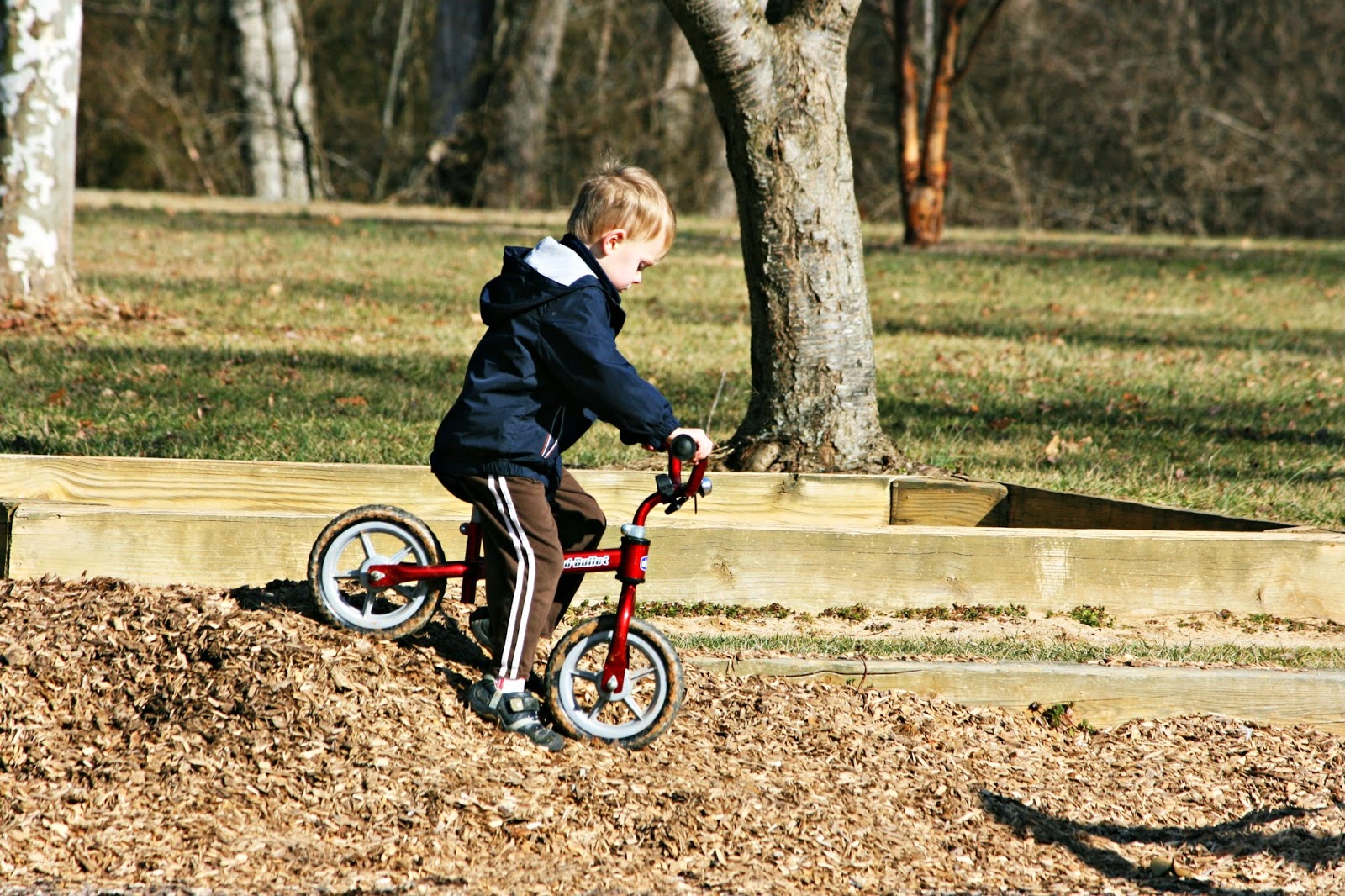 But they still got in plenty of climbing time. 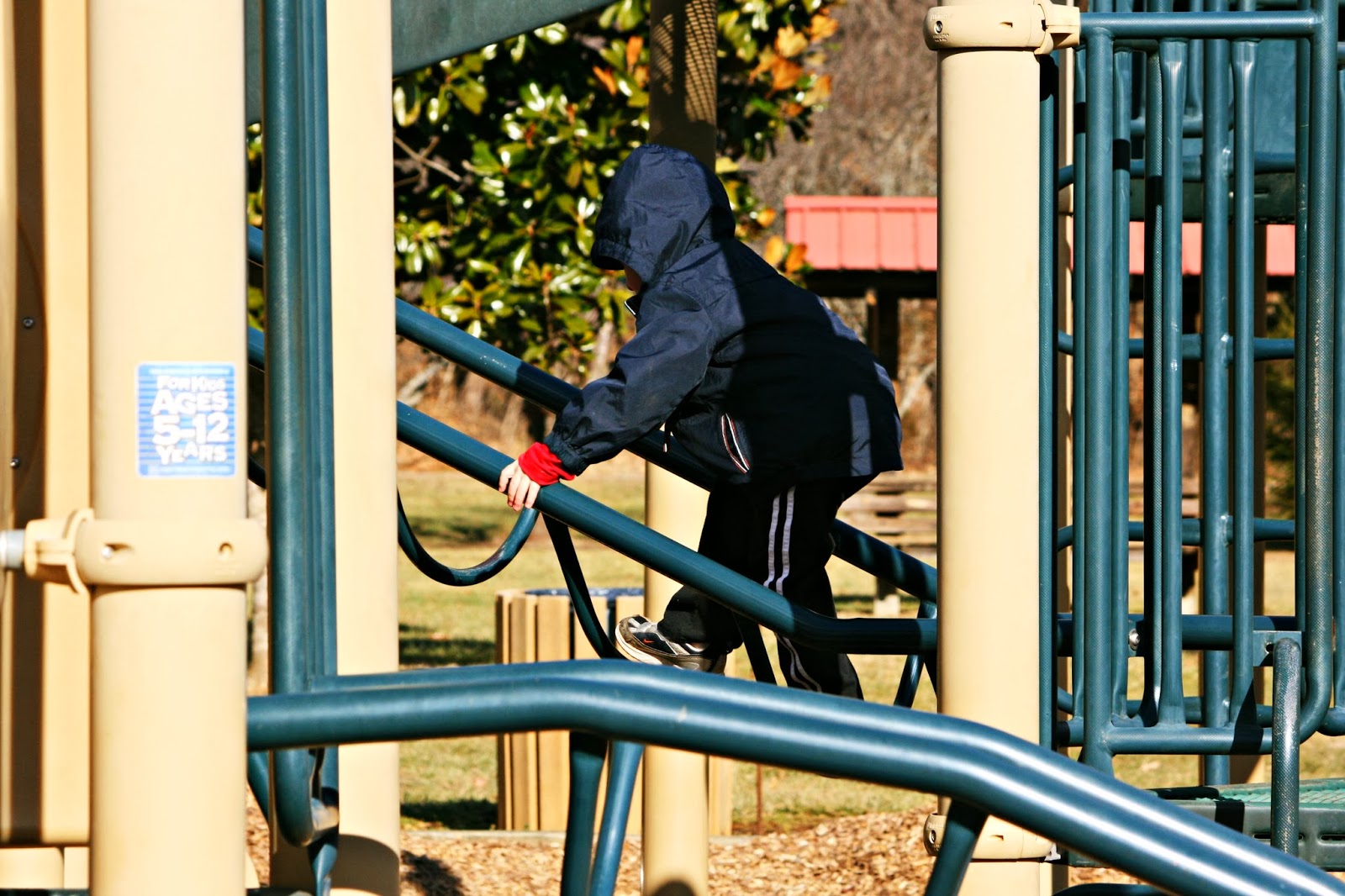 Afterwards, we took a short hike to see a little waterfall.﻿ 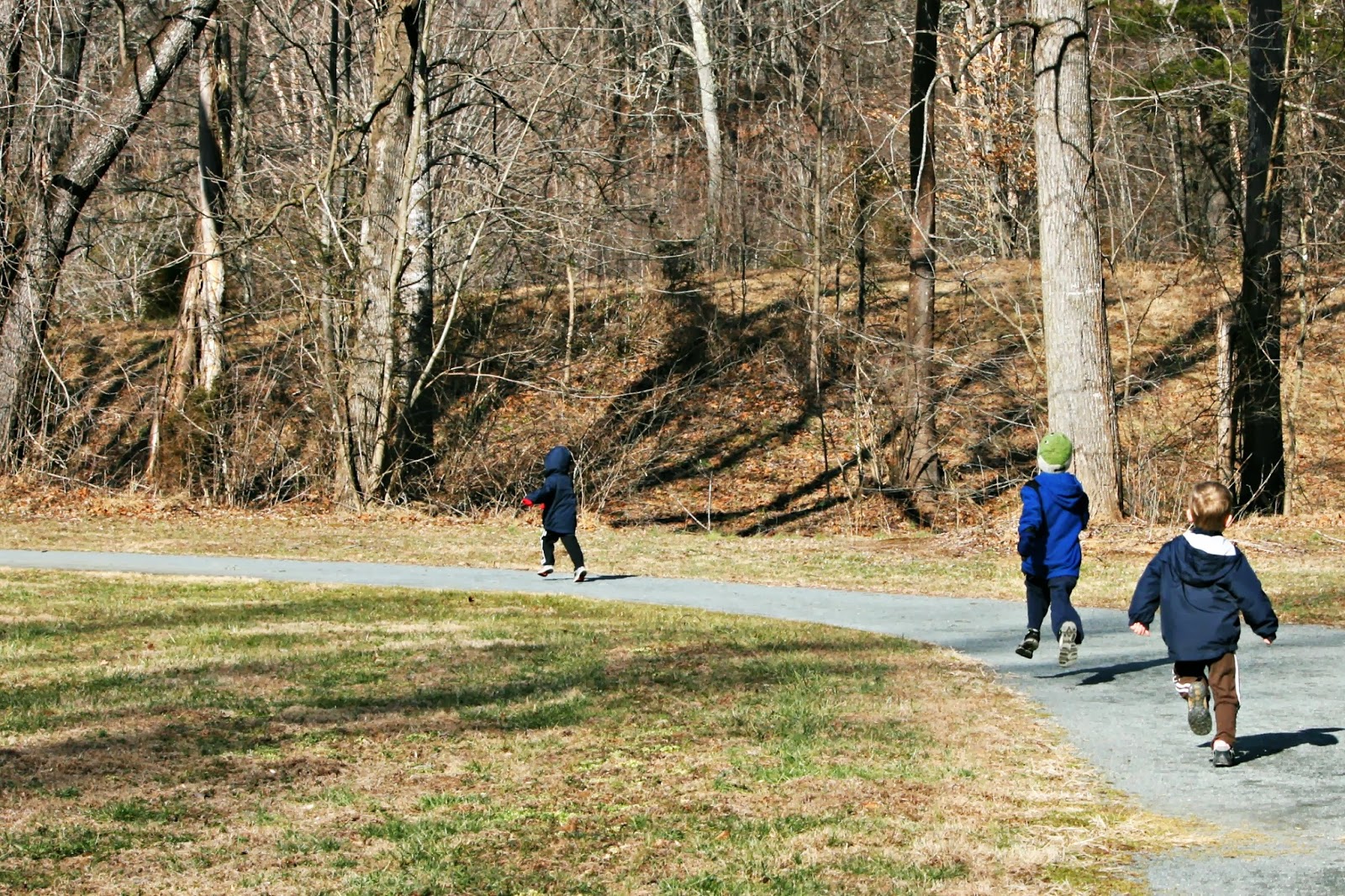 For me at this age? Yes. At theirs, or even yours? No way!

It hasn't been to cold here. Once a week the temps drop to freezing, but we have has really warm winter.

Glad they had a fun day. Never too cold for ice cream!!!

I love that last picture!! And yep, it is pretty cold for ice cream, I'd say, but my kids wouldn't agree a bit. :)

No it isn't too cold, it is 5 degrees this morning and if I had an ice cream cone, I would eat it for breakfast!

Looks like fun! It is never too cold for ice cream! I was just craving some yesterday. :)

I've been having ice cream this past week as an evening treat... probably why I haven't been sleeping well. All that sugar in it. BUT, it sure tastes good!

I would have to agree. It's never too cold for ice cream!

I say it is too cold for ice cream, but you would hear different from my Monkeys.

i went down the ice cream aisle just yesterday to see if it tempted me. nope, too cold. :)

Too cute. I am not an ice cream lover, but if I was, I think it'd be too cold for me right now. Typed as I sip on my warm cappuccino.

Your boys are so precious; I love taking our little's to the park.

After playing in the cold, especially skating, I love to indulge.

We were just talking about how my kids eat MORE ice cream in winter than in summer. Weird.

Never too cold for ice cream. And never too old to consider an ice cream cone a treat! :-)

Oh never to cold for icecream:) Hug B

Looks like you and the boys had a wonderful outing. But it sure doesn't look like winter. There's no snow! How can it possibly be winter with no snow? Looks more like a dreary extension of autumn.

P.S.: Anytime is the right time for ice cream. Even when it is -40 outside. Just toss another log on the fire, sit down, and enjoy!

Looks like a GREAT, sunny day to spend outside! Ice-cream? Always!

We are still in the negatives here so its too cold for ice cream. I would eat ice cream in 40s though. I am glad the boys were able to get out had enjoy the fresh air and exercise. I have been cooped up too long with all this cold weather. I can hardly wait for spring.

Looks like they had fun! I haven't had ice cream in a while. I think when it dips below freezing it's too cold for ice cream for me anyway ;)

I agree. It's NEVER too cold for ice cream... ha ha

Looks like loads of fun --and such great exercise for the boys.

Look as a sunny day. A nice time to play out door. But I'm sure, it must be so cold.

Looks like you son made the most of the mulch.

Never too cold for ice cream!!!! I love your boys; they know how to have fun no matter what.

I'm with the boys, it is never too cold for ice cream! great photos!

To me it's too cold. But my husband eats it all the time. He also drinks ice tea on icy days! B-r-r-r-r!

We haven't had ice cream lately.