Odyssey of the Mind

Pierce has been working on Odyssey of the Mind for the past couple of months.  His group had to do a skit about a prehistoric art fair.  Saturday before last they had their competition at the local high school.  Here's Pierce with his brothers waiting for things to start.  I asked Pierce if he was nervous, but he wasn't at all - he was just excited to perform. 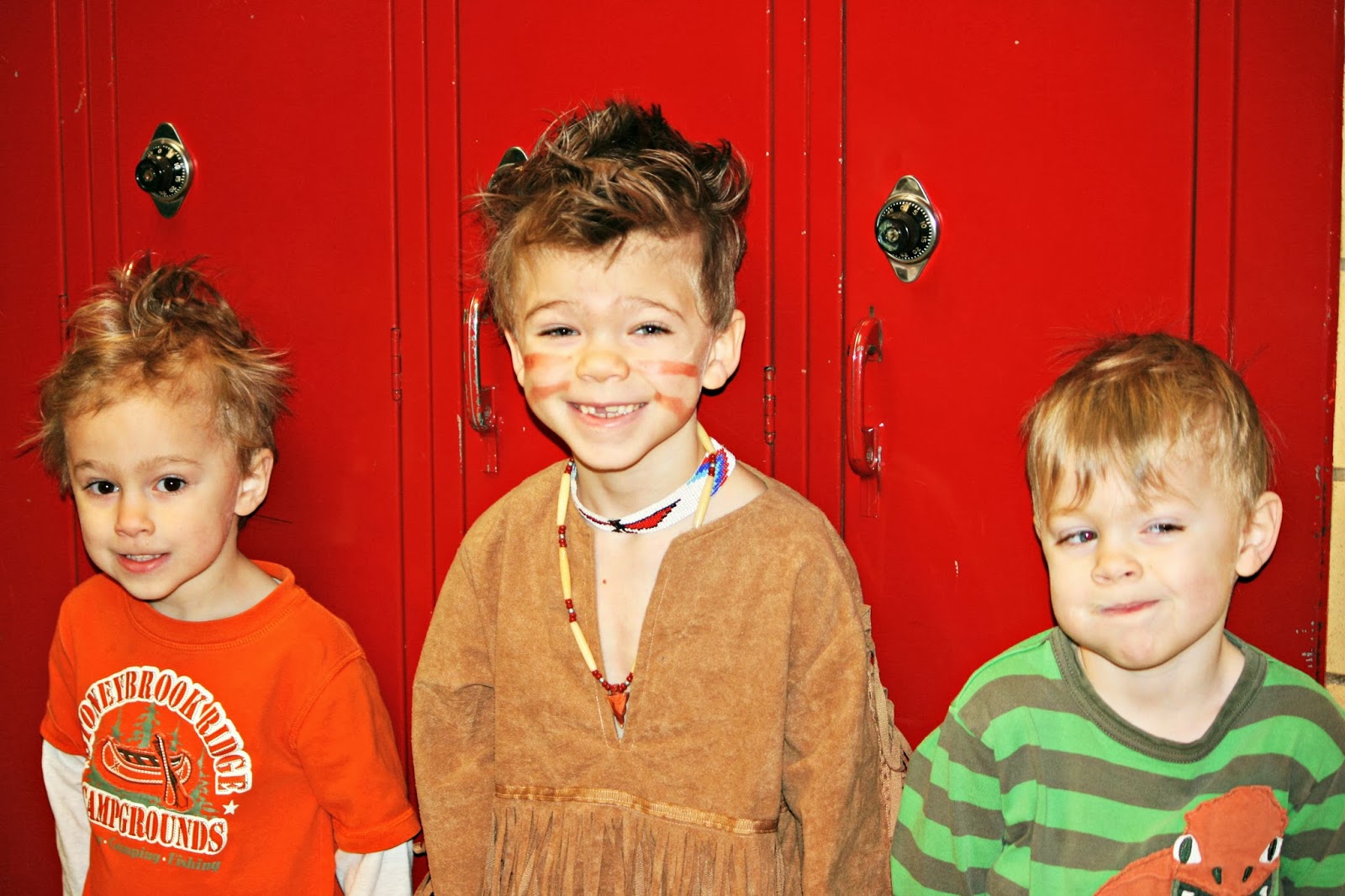 Pierce had made a headdress that he had made to wear, but somehow it got didn't make it to the competition.  So he had to wear this beaded necklace around his head instead (the dialogue included a line about his headdress). 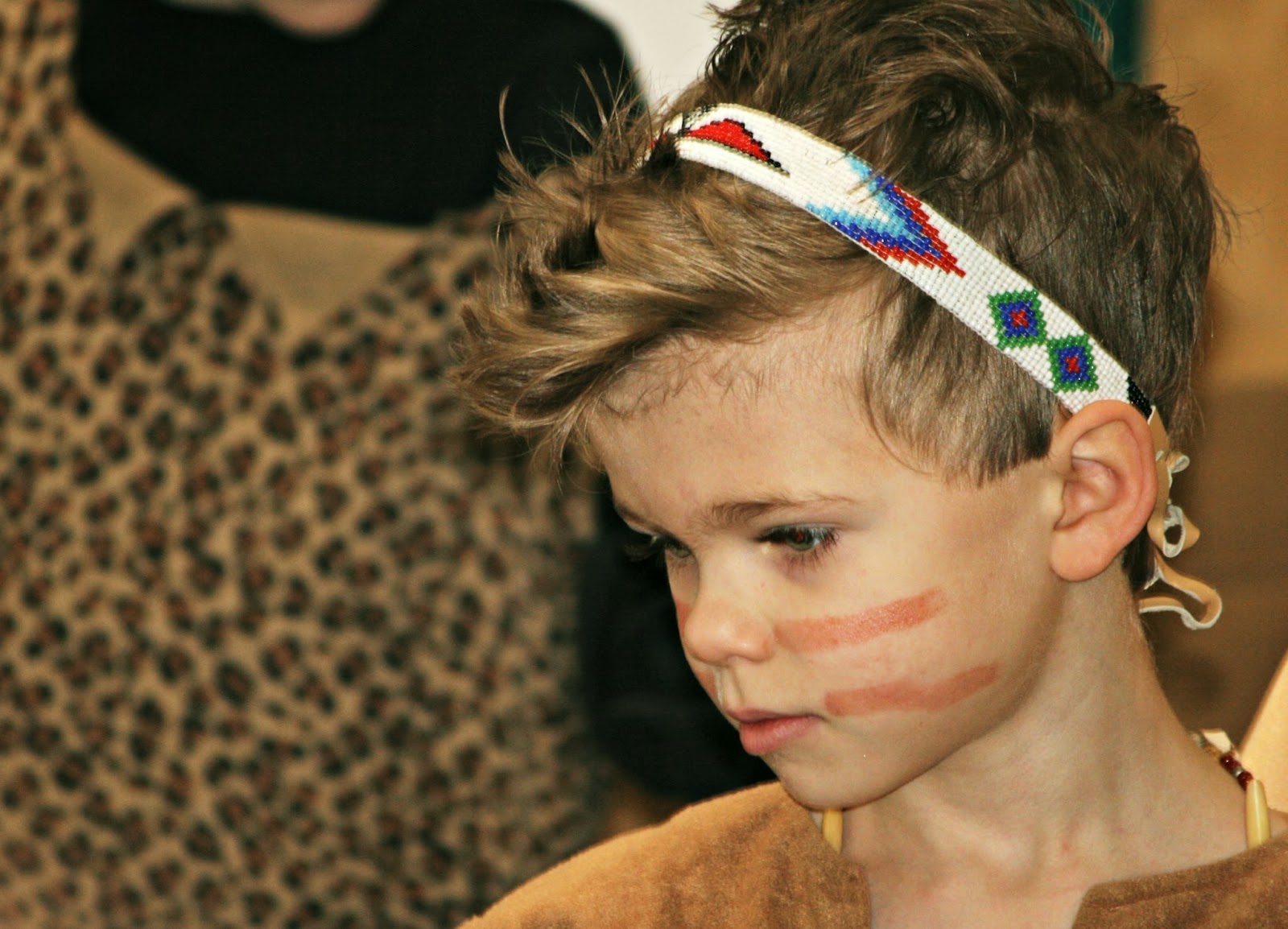 Their song and dance was really fun.  It got a few chuckles from the audience.  And the tune was really catchy. 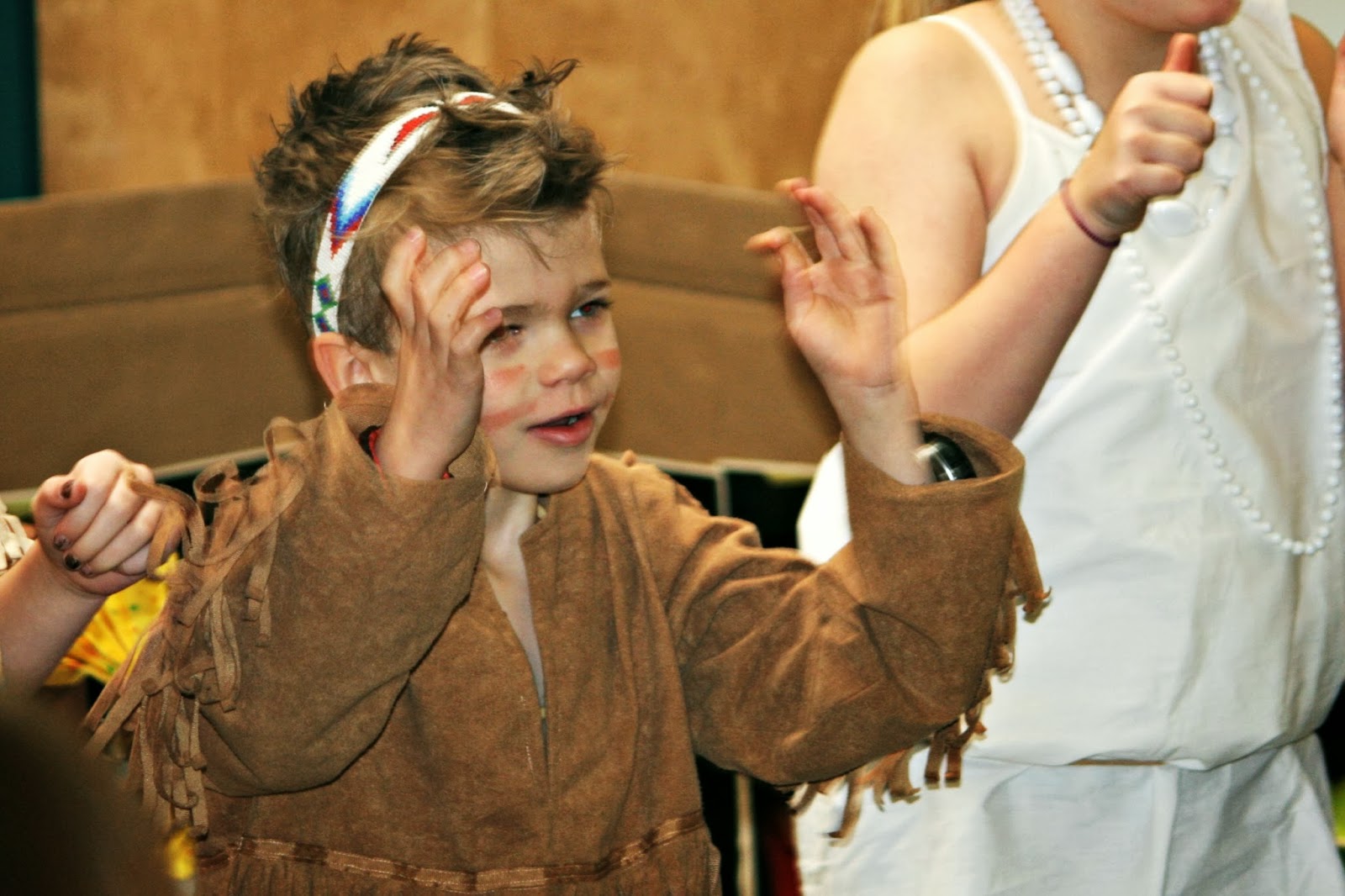 In fact, Paul and I found ourselves singing the song for the entire rest of the day! 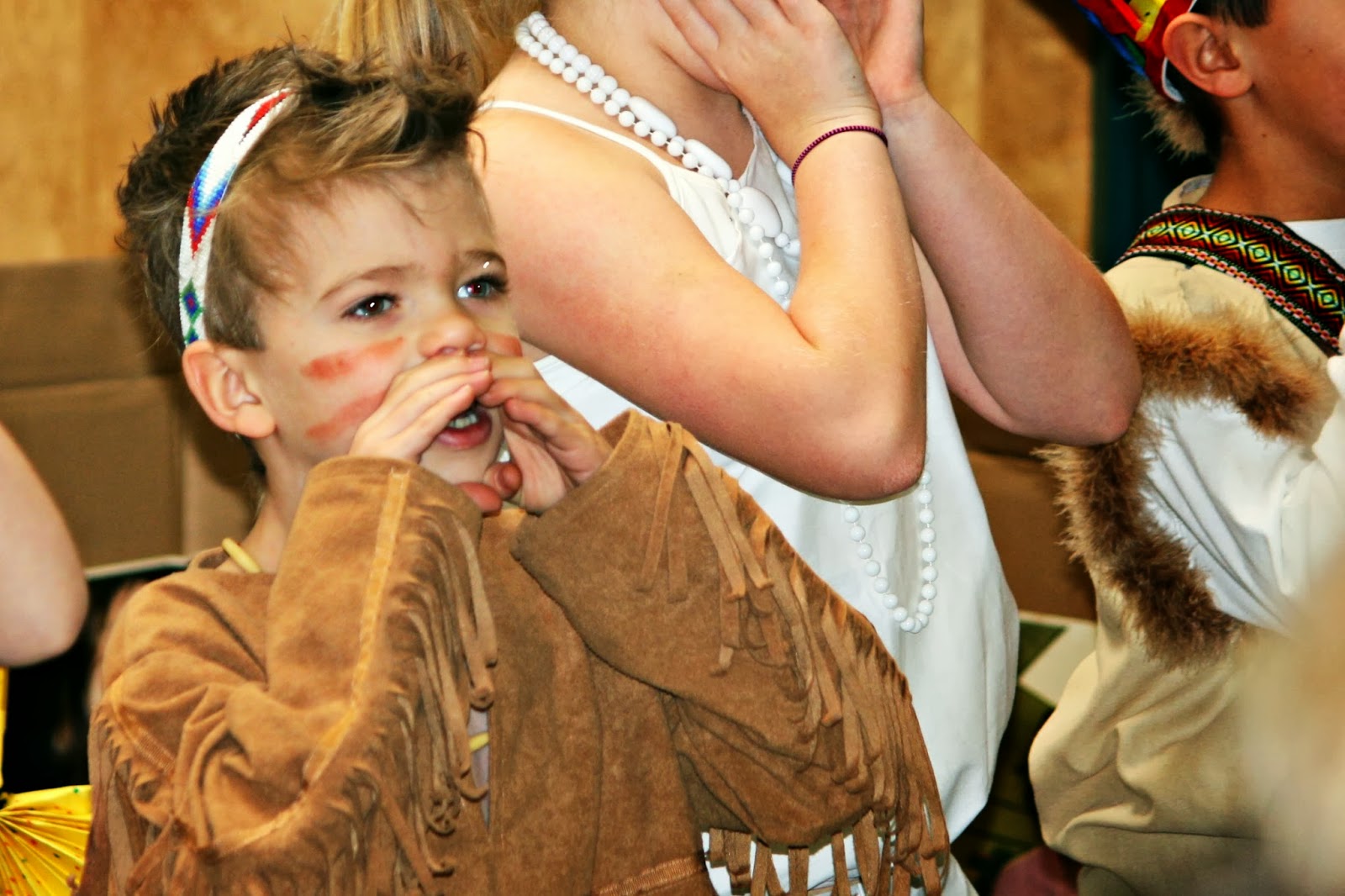 I hope Pierce gets the opportunity to do Odyssey of the Mind again next year.  I think it was a great way for him to be creative and work in a team.  I wish I could show you the video of the competition, but since there are other kids in it you'll just have to use your imagination!

Oh I heard all about it from my wife the other day, she told me that the younger kids seemed to do a better show than the older grades as far as projecting their voices and were very entertaining.

How fun and I love that he was excited and not nervous!

How fun and sweet...and what a great way to get children to use their imaginations and work together as a team!

Kids never get nervous for anything since they don't think too much. They take all the work sportively.
Nice to see your kid performing!

What great fun and creativity! My son was involved in OM when he was in elementary school and even middle school. Now he has a very successful job as deepsea engineer for Shell Oil. So this could be the start of something big for Pierce. Hugs for all of your boys. Linda@Wetcreek Blog

Well, you could have at least videoed you and Paul singing for us. LOL

Lots of fun in this lesson.

What a great opportunity. Thanks for sharing the photos.

He's adorable! I immediately thought of Peter Pan when I saw the close-up. Sweet!

Cute!! And obviously a very smart little boy to be participating in OotM.

Despite the mixup, I know he had a great time and so did mom and dad. :)

Awww, I miss those days. Your kids always look so eager at whatever they're involved in. And cute!

It looks like he's really enjoying himself! Our local school district just started this year with Odyssey of the Mind, and I hear great things about it!

So handsome, with his headband!

Hi There, We are home from George's fabulous birthday trip. I will blog about it tomorrow. It was truly a trip we will be talking about for a VERY long time!!!!

How handsome he looked! Such a great experience!

Awwww. Here's to many more entertaining performances ahead!! Gosh, I miss those.

I bet this was fun! Pierce looks like he enjoys acting. The local schools have the Odyssey program, and it sounds like it's such a good thing.

What a fantastic experience for him...and all the family too!

How cool! Love the beaded head band and his leather jacket with the fringes. His expressions are priceless,,,,He is a born actor!
love
tweedles

Marvelous! Pierce is one of my heroes!

I sure do miss doing things like that with my kids. I was working a lot and gone a lot, when they were little. So the times I got to go to their little things at school stick in my mind. I see your kids on your blog and it brings back good memories.

Lisa: This was Fun and Funny! What a great opportunity for the kids to have some fun, and no nervousness! :)

Hi Lisa,
It looks like your son, Pierce has got so much creativity in him.
Maybe, he will be an actor, or singer, or artist one day...
Your 3 boys are stunning.
I love the jacket that Pierce is wearing. Awesome!
I guess you all love to sing...
Greetings from Starry.

Oh my goodness...cuteness overload! Your boys are so cute!

Mica and Isaak are in that, but they call it something different here. I always forget what they call it because it was called EY when I was younger.

Handsome lads!
My son is in a show, too, but he's getting paid for it!
He's 31 this year. When did he get so old?!
And he's getting married!
(ツ) from Cottage Country Ontario , ON, Canada!

Pierce is adorable. I'm glad he had a fun time performing; you must have been such a proud Mama!

Such a nice opportunity for Pierce. That is a great way to experience the arts.

So cute! What a great opportunity for him!