The local St. Patrick's Day parade was a two hour affair in which I took almost 80 pictures.  I have weeded through to find a few of my favorites to share.  The boys dyed their hair green for the day, and received tons of attention. 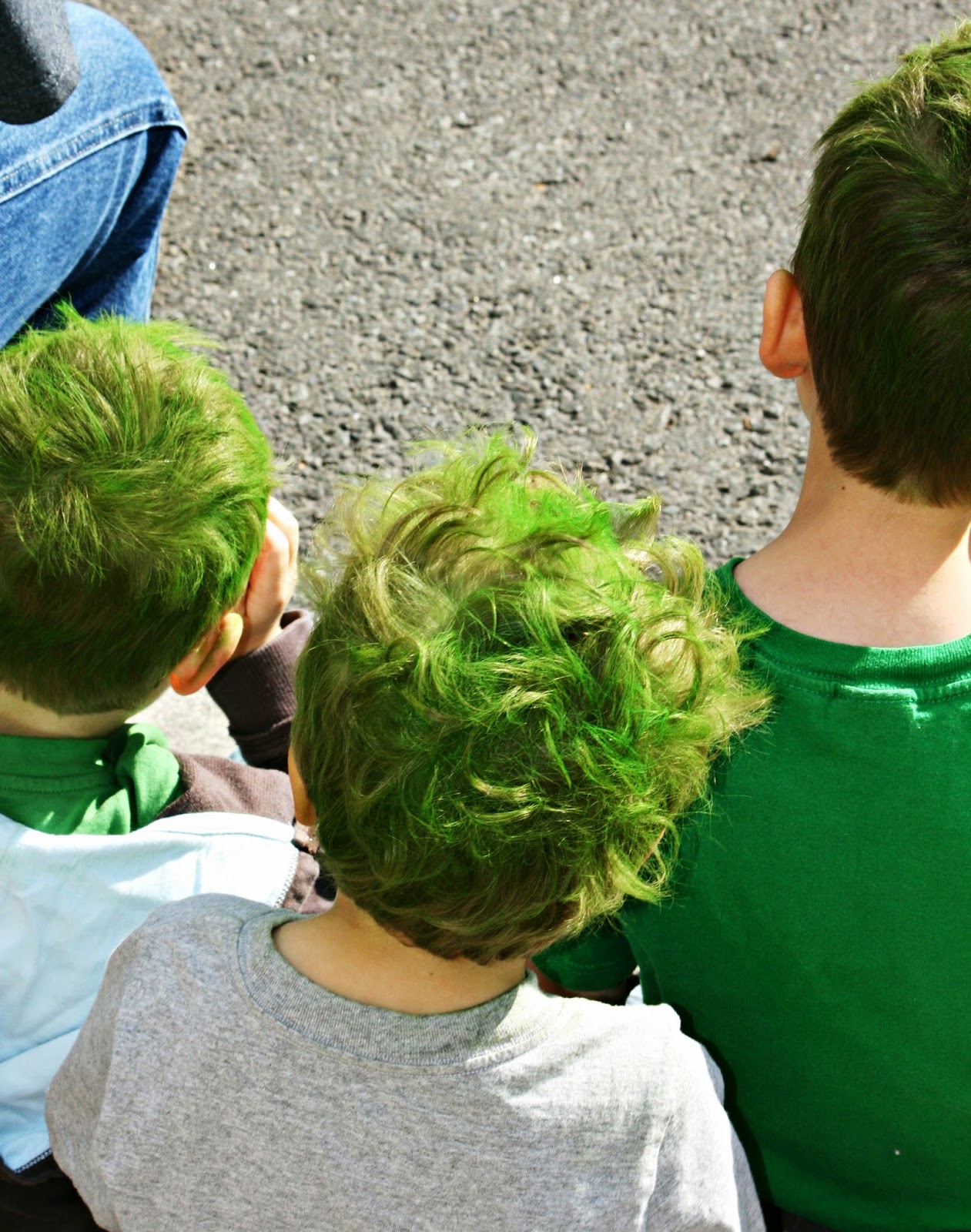 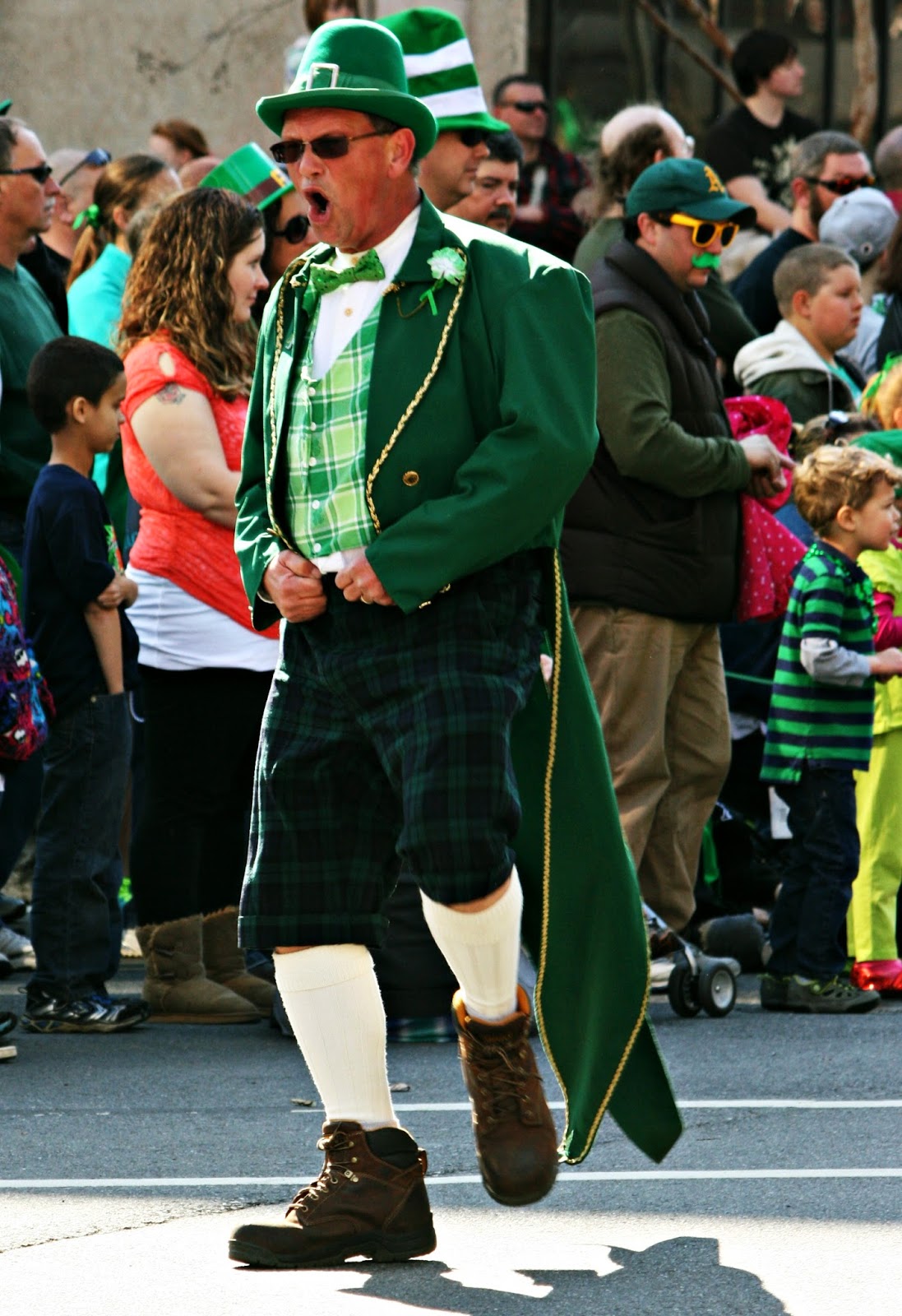 The Vikings are always popping up randomly across town.  I've had them on the blog before.﻿ 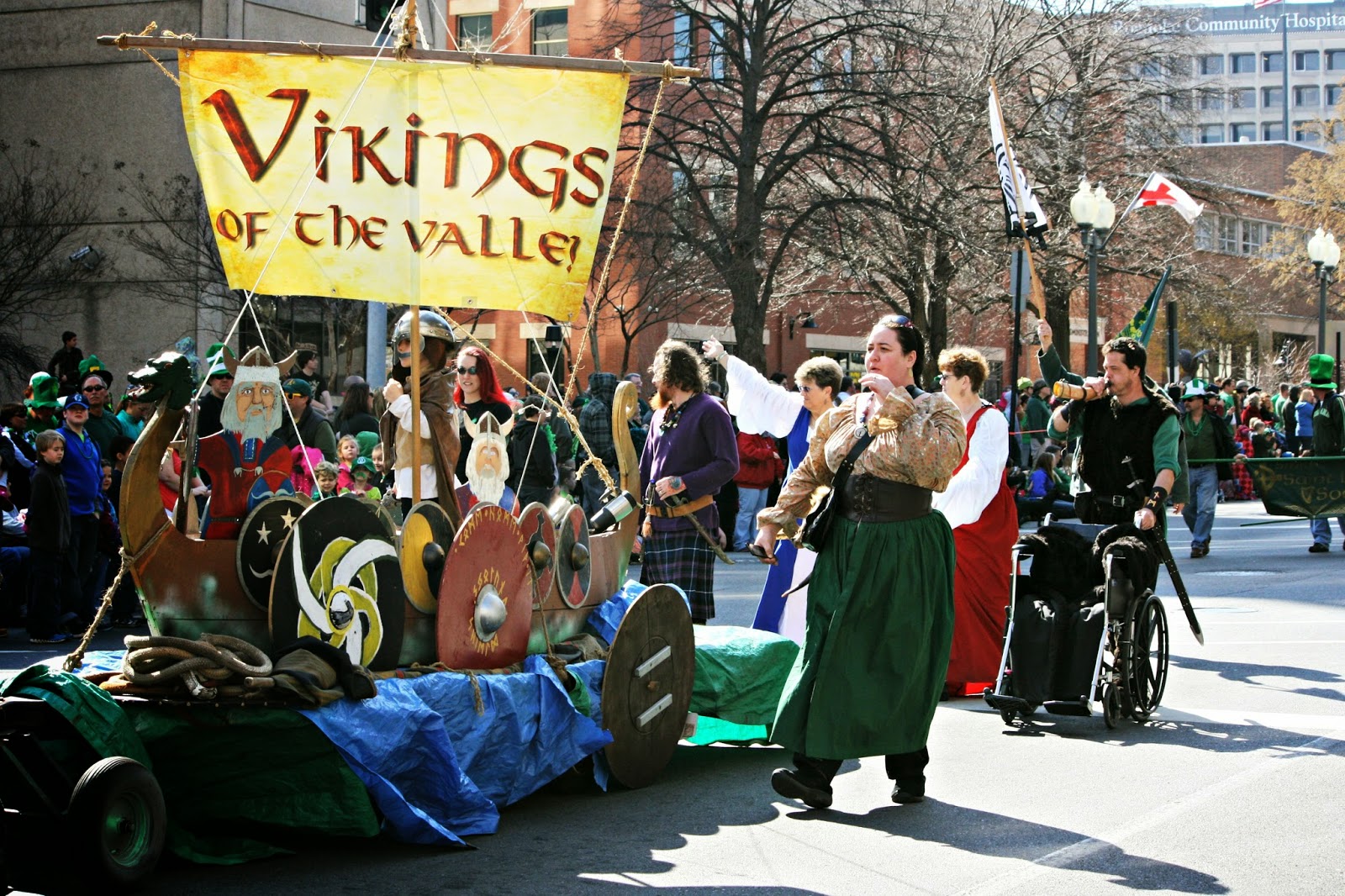 The police department met with warm applause from the crowd.﻿ 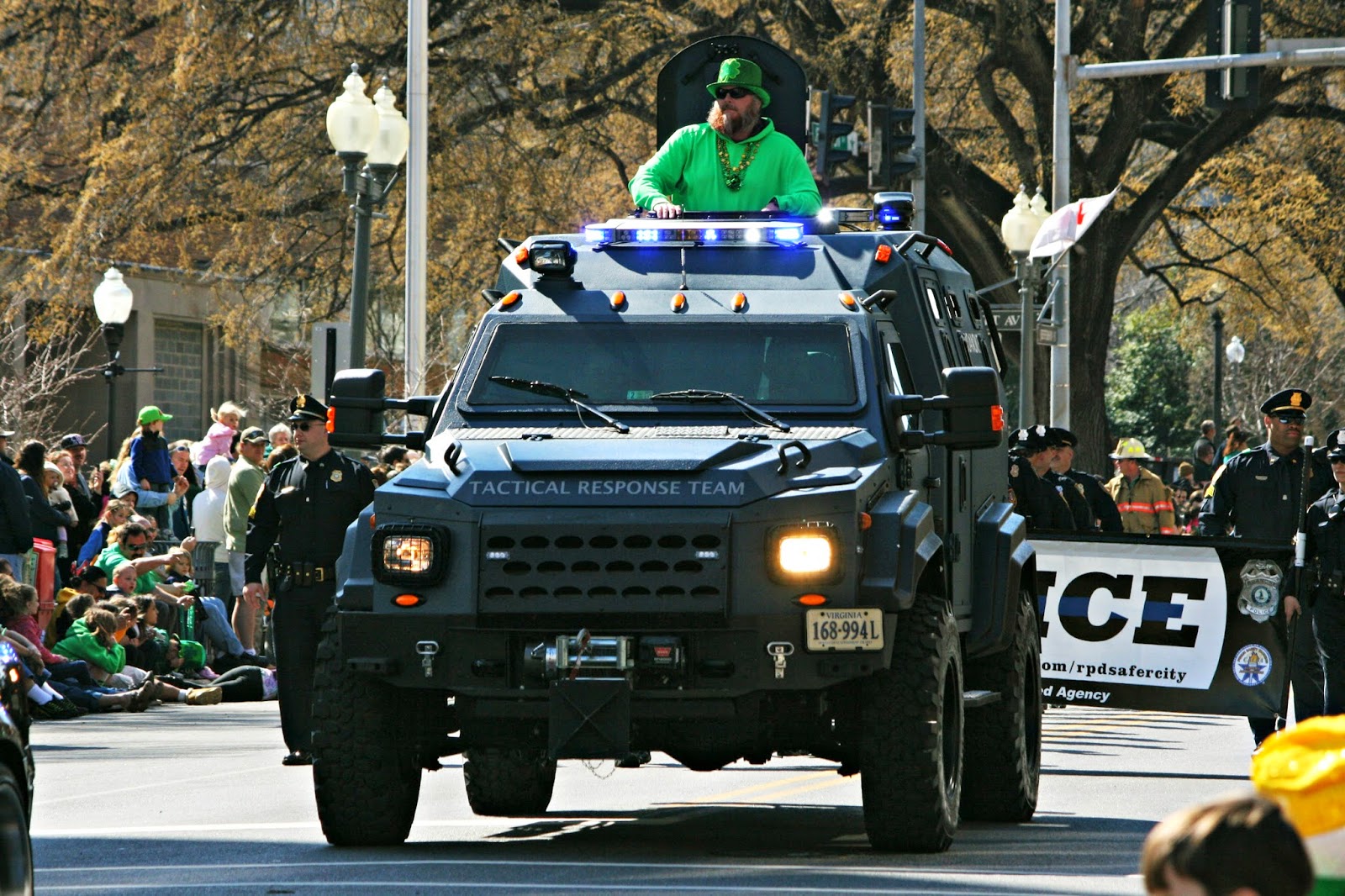 Pierce was very impressed by the Deloreans.﻿ 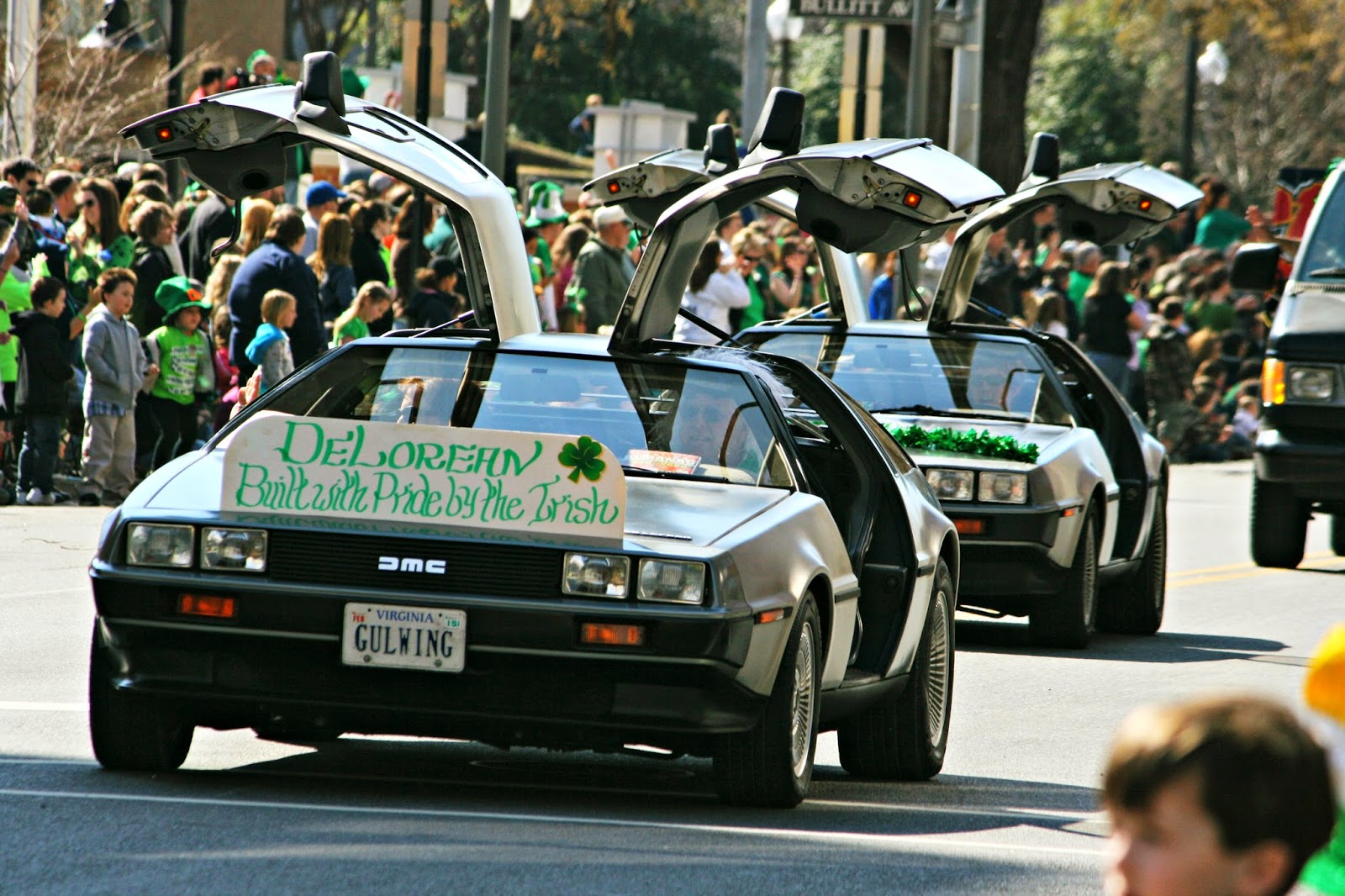 We were surprised by how many Shriners were in the parade.  They amused the boys.  ﻿ 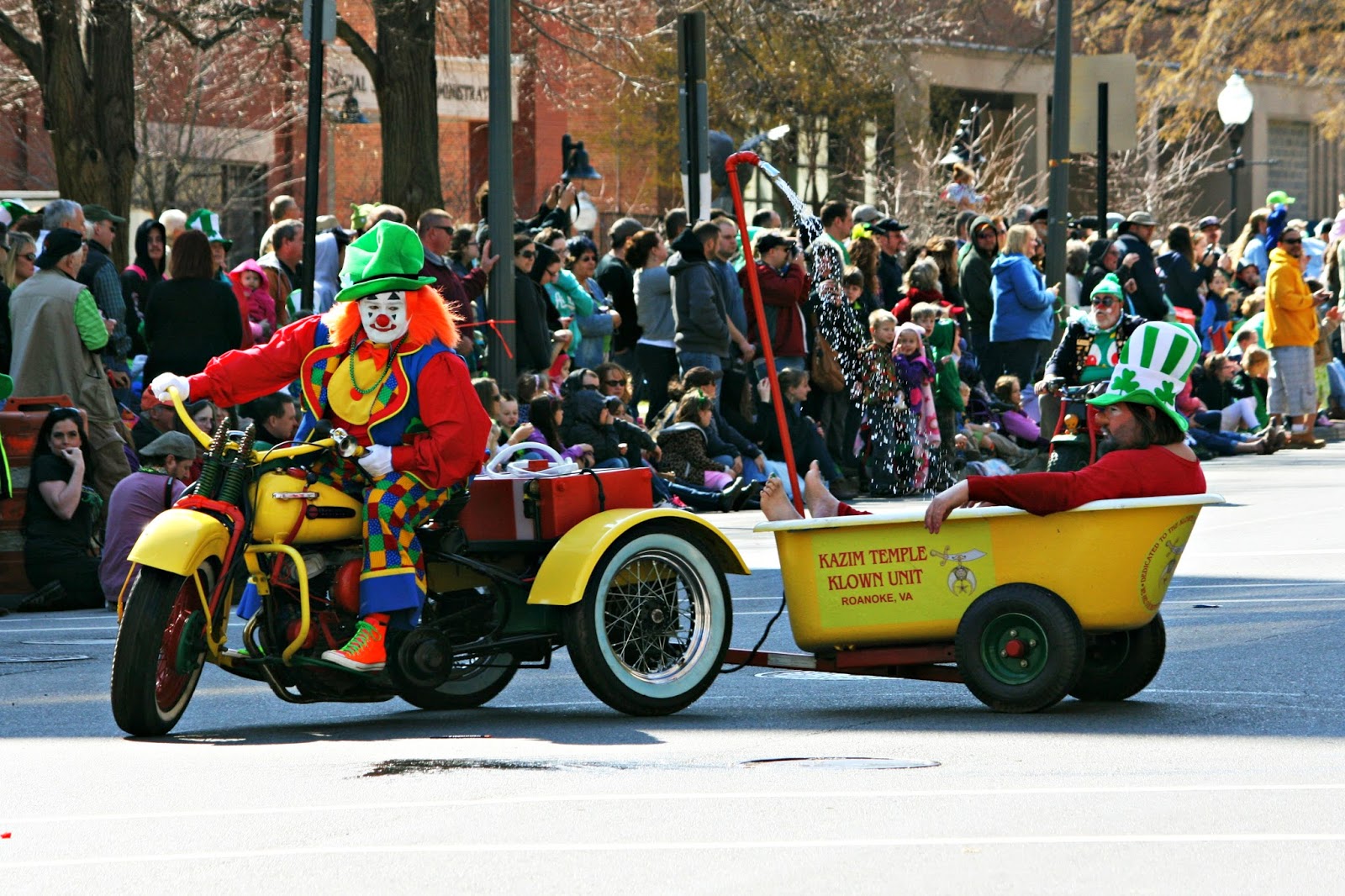 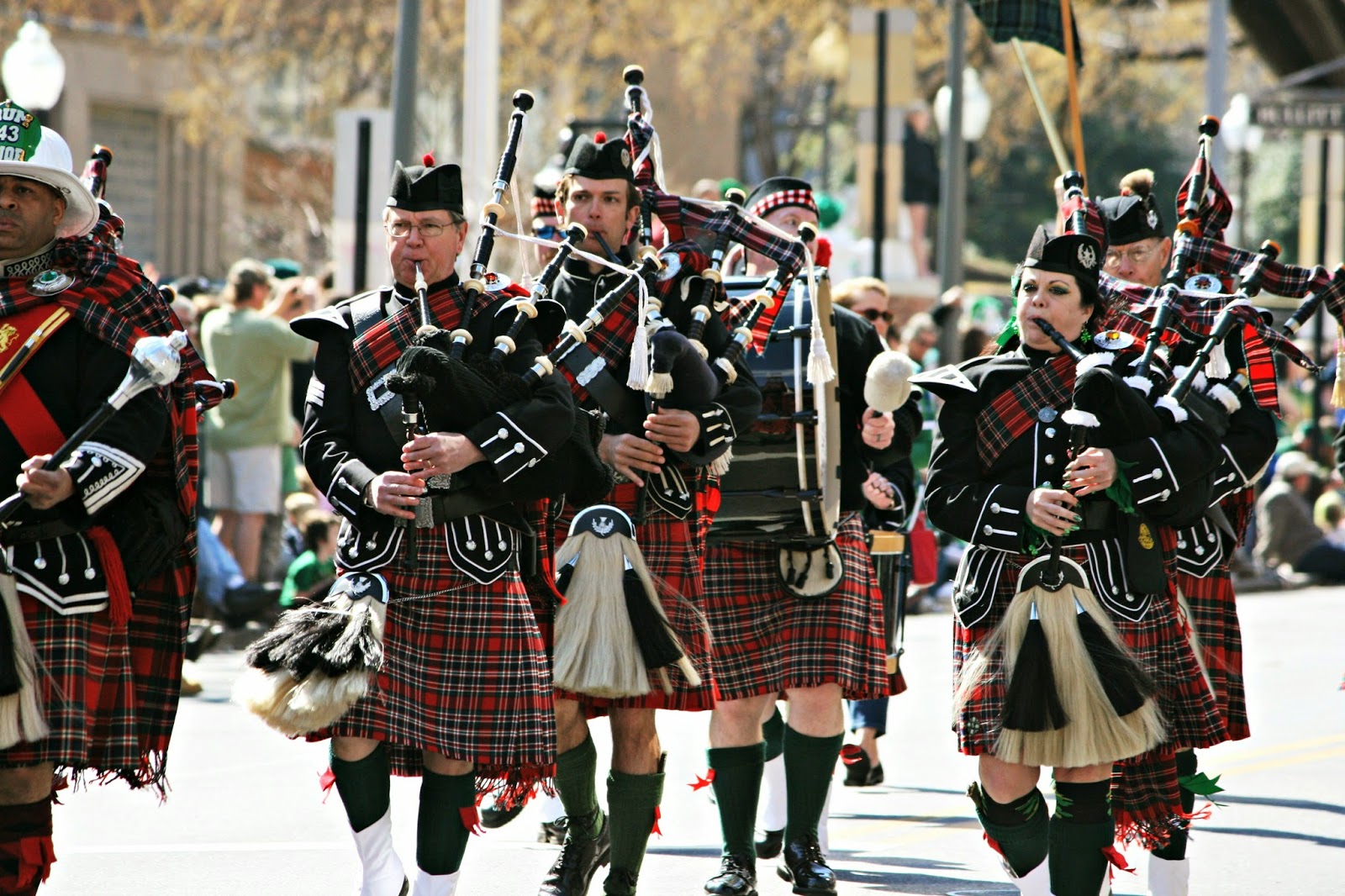 Vintage firetrucks of all makes and models.  ﻿ 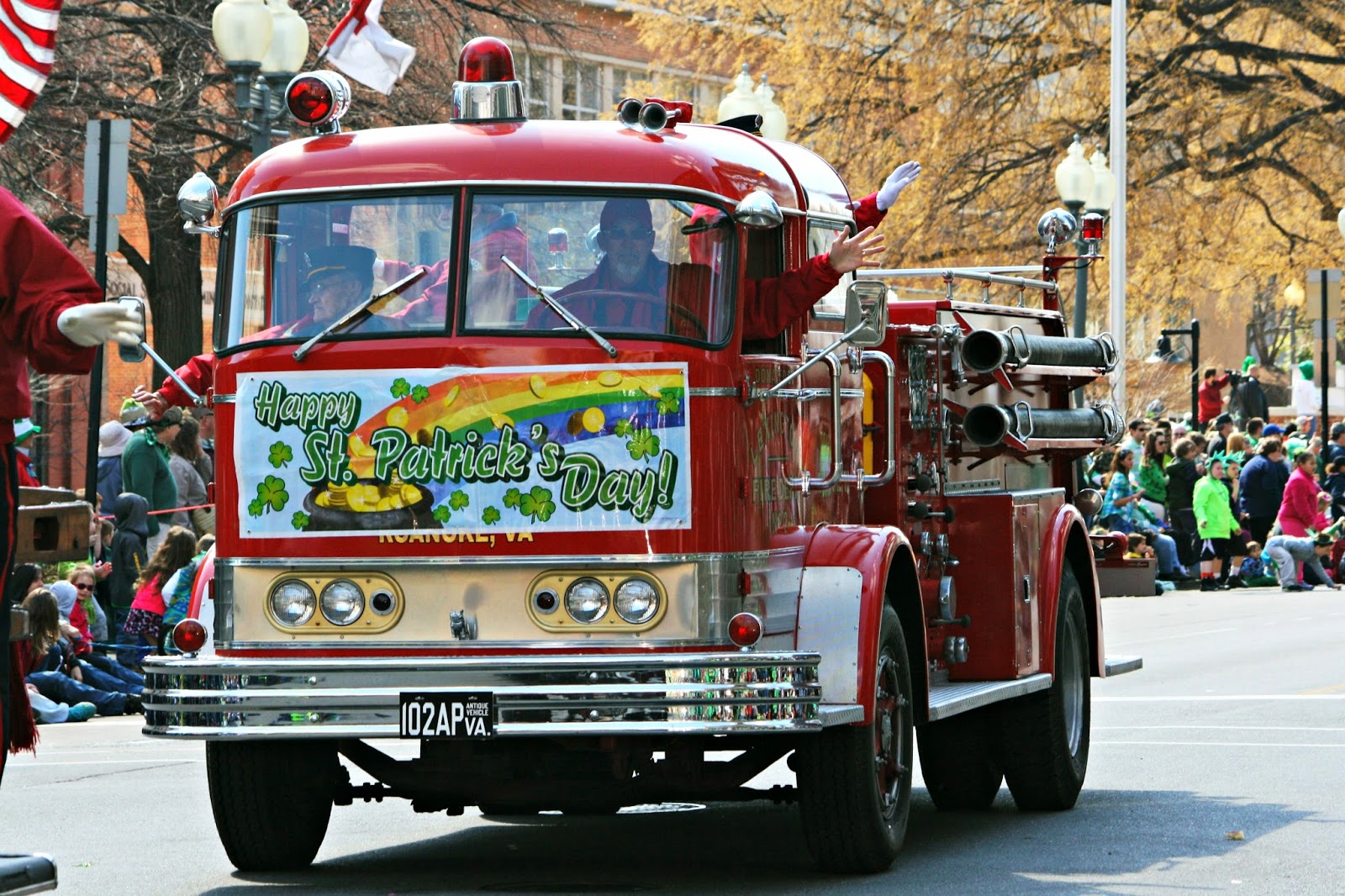 A large group of Bolivean folklore dancers put on an impressive show.﻿ 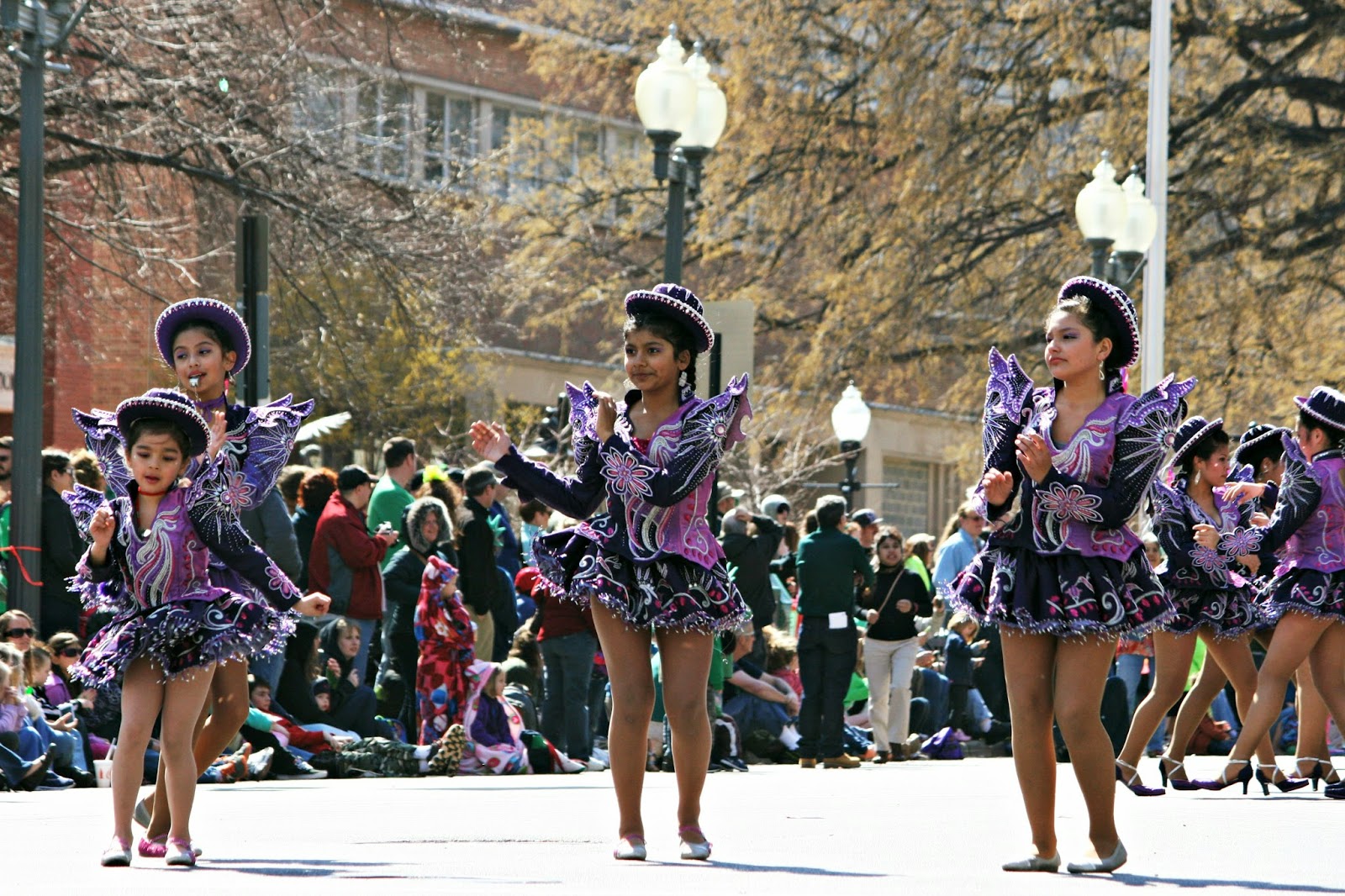 We were fortunate to have nice weather for once.﻿ 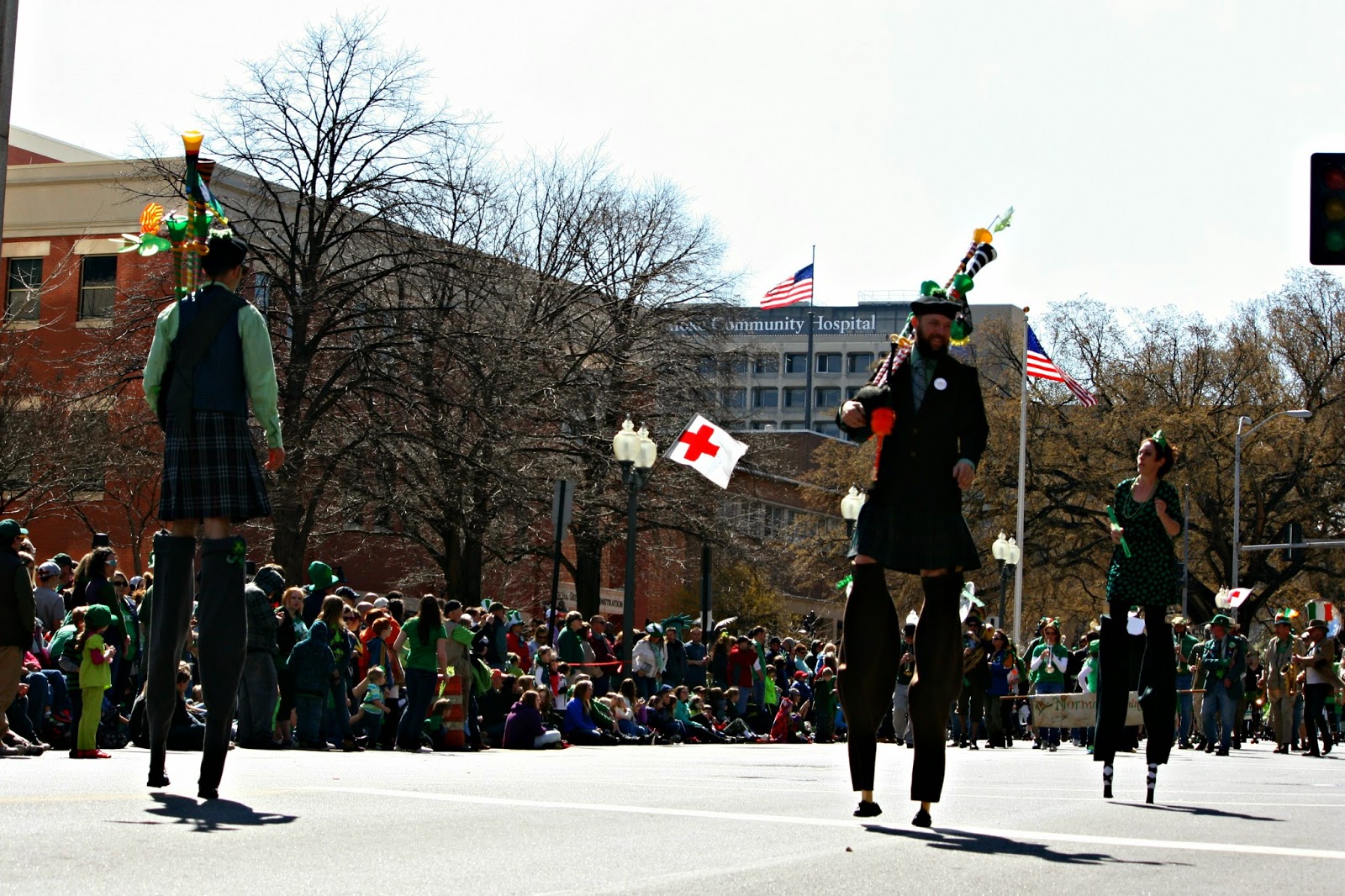 When asked about their favorite part of the parade would you guess what the boys said?
Catching candy, of course!﻿

All of these are great, but I really love the one of the bagpipers! What a fun day. :)

That was nice, they talk about it on TV but don't really show photos of it.

Having my coffee in Aruba and seeing that the boys died their hair green makes me smile...forget the parade!!!!...:)JP

Love that the boys have green hair. Looks like a fun day!

Getting candy at a parade is pretty neat! Great selection of pictures. That looks like one great parade.

I always liked parades when I was a kid.
I love the green hair! :)

It must be a green day for your boys. Such a great parade. So funny.

That was a really nice parade! Very enjoyable.

Love the photo's; love their green hair. The Shriners always do an outstanding job. Such a nice parade!

"It's not easy being green." Kermet the frog

so cute. the green hair was a nice touch. :)

Such a fun parade!

What a great parade. Love the boys green hair... That was special for them I'm sure..

Maybe Spring is finally coming to our area this week... I hope so since it has been a LONG winter and a crazy one!!!!

I always love a good parade

That is so cute that they dyed their hair green! Looks like a fun and cool parade. That big Leprechaun is kind of scary! :-)

That was a very impressive parade!! Love the big angry leprachaun.

I love the guys on stilts, I bet the boys went wild over that! In fact, I love all of these pictures, each one is so cool, and all good shots as well. It is so hard for me to pick out parade pictures to post, which is way I haven't posted any yet! The boys hair is so cool!! What did you use, spray, chalk sticks??

What fun! My grands would have loved to see that. It's so boring in my neck of the woods!

Fun pictures! And you must get the kids some bagpipes! (LOL)

What a great parade!!! I always used to love watching the Shriner's when I was a kid! Glad you all had a good time & nice weather. The boys hair rocks!!!

I think your parade turned out fantastic! We don't have one here, but I wish we did. :)

How awesome, looks like a fun parade and I love their green hair!

The boys are right! When I was a kid, the local Volunteer Fire Department would sound the siren and drive the fire truck down our street. The Firefighters would toss out candy on our lawn and we'd scramble for it! It was Taffy.