Stranded in the Middle of Nowhere

A couple of weeks ago, we headed up a big mountain in search of a remote hike.  My brother and his family were following in their car.  Paul took our old 1993 Jeep (which was originally my grandparents') because the hike involved driving for three miles on fire road.  He said my car wouldn't make it.

As we drove up the mountain, I said, "Paul, your thermostat is overheating.  Do you think we should pull over?"

We got to the fire road and pulled over.  By this time the engine was smoking.  Antifreeze was pouring out on the ground.  There was a sizzling sound.

Between four adults, there wasn't a cell phone signal to be found.  And here was the view (those are the boys having foot races in the distance): 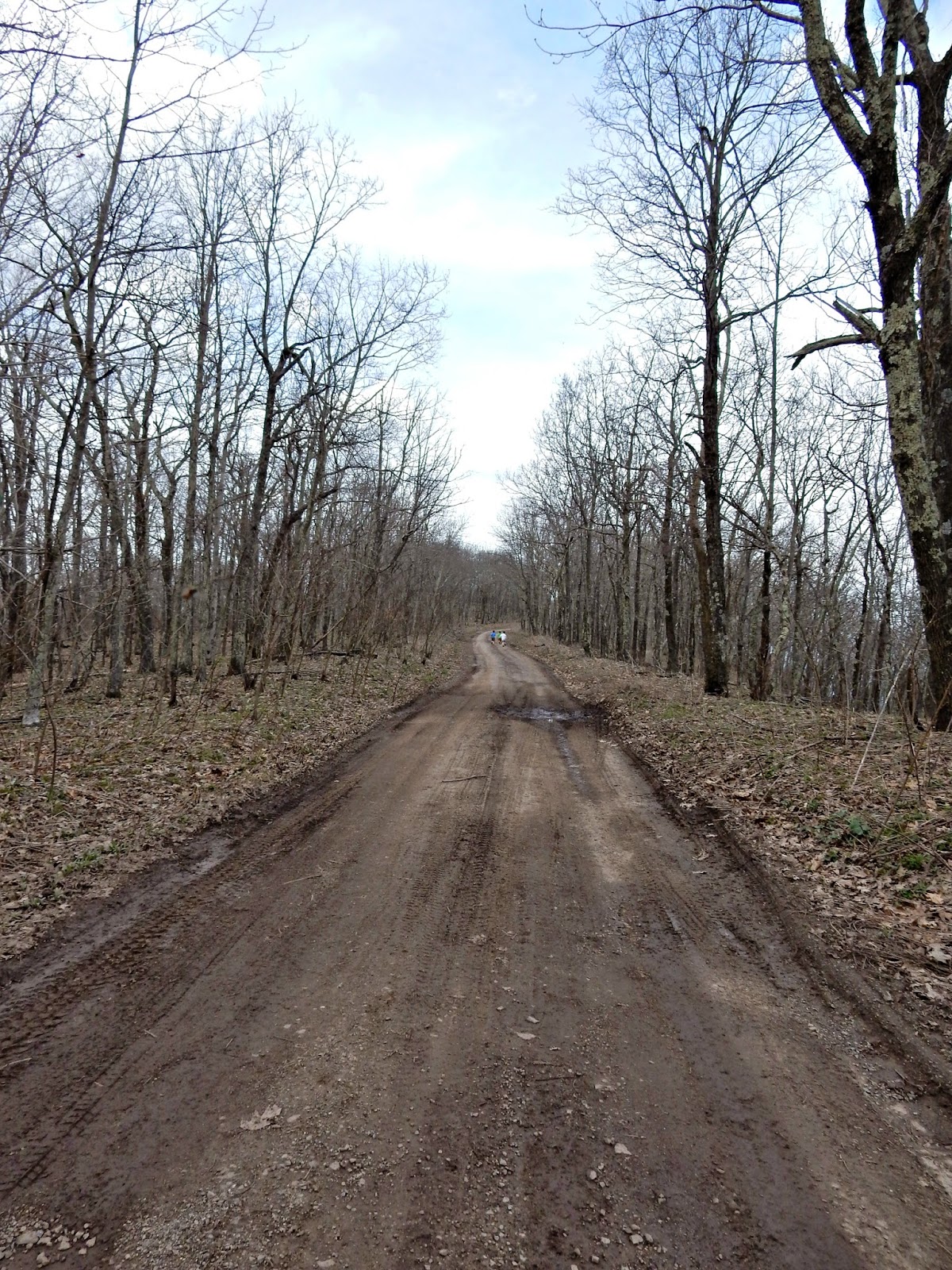 Paul thought he could drive the Jeep back down the mountain, get some water, and just keep giving it water until he got home.  I dug in my heels and said I wasn't riding in it until it was fixed, and neither were the boys.  I'm not very flexible when it comes to smoking vehicles.

So Paul and my brother went down in my brother's car to get help.  My sister-in-law, Meredith, and I went for a walk with the boys.  While Pierce was worried, none of the other boys were concerned at all.  In fact, they had a grand time marching on the dirt road. 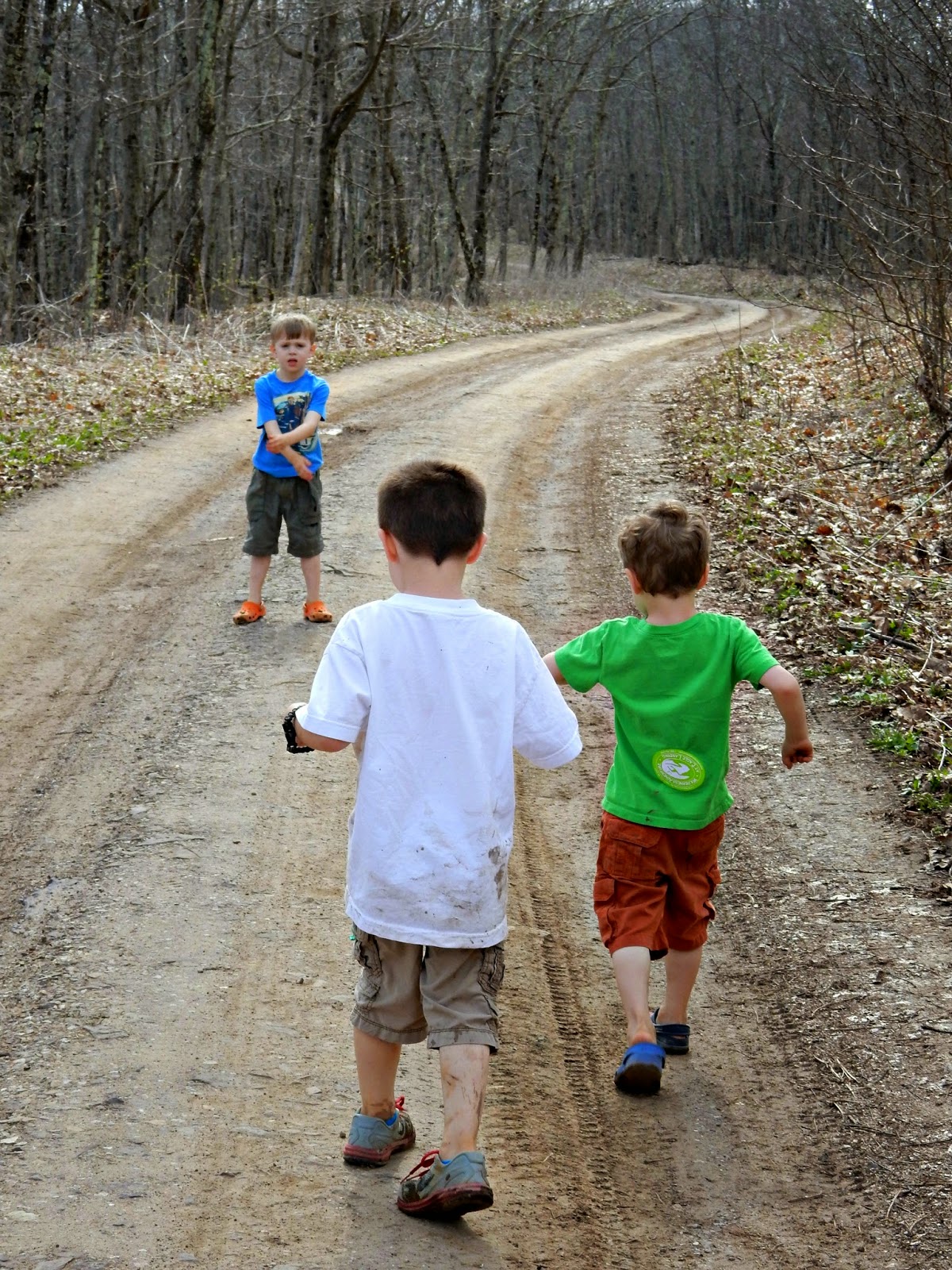 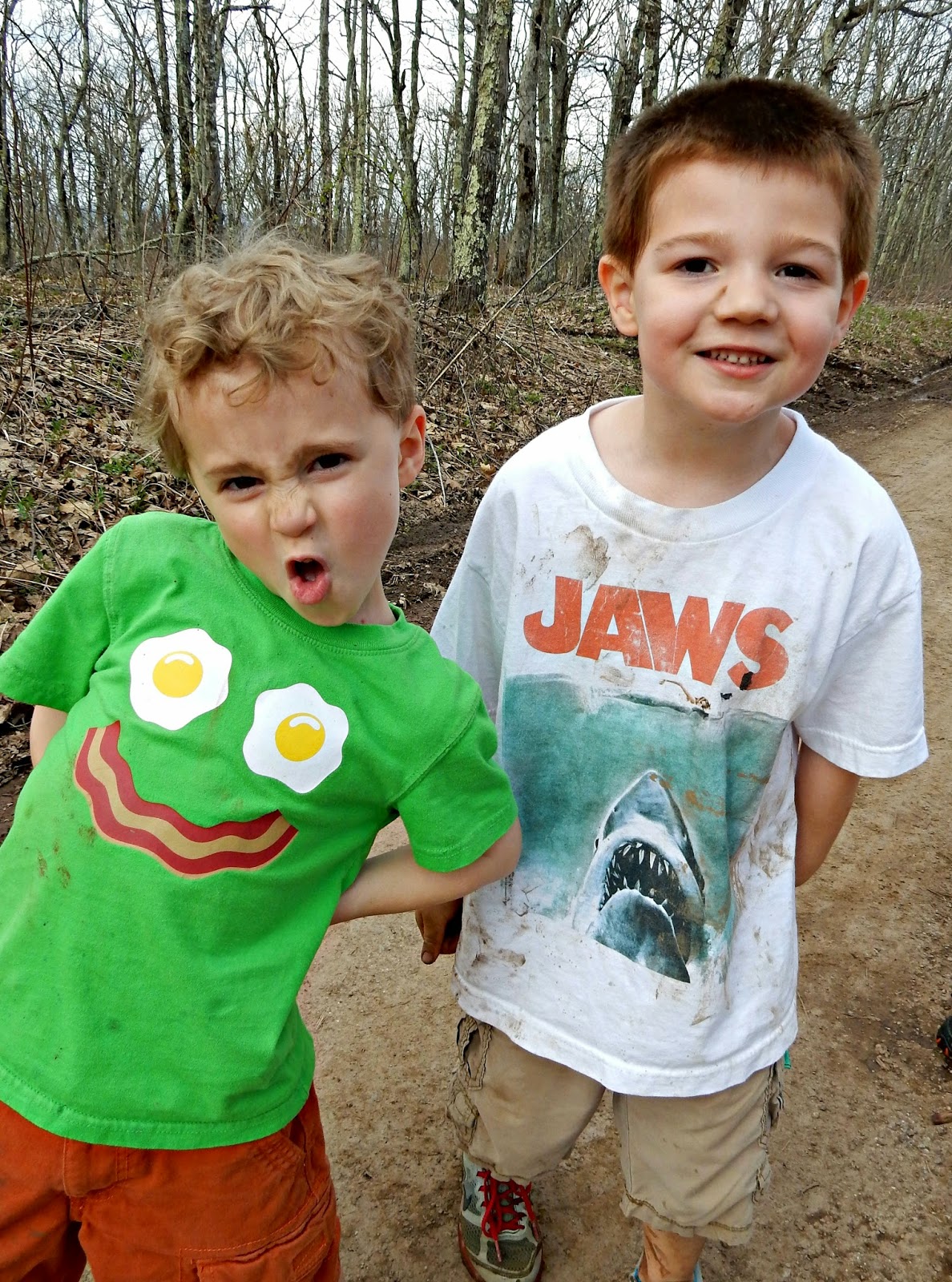 Dare I say....when you're five years old getting stranded is kind of fun?  In the end, my mom came and picked up me and the boys and took us home.  Paul had a friend pick up a new water pump and drive it up to meet him.  They installed the pump and the Jeep was just fine.  It could've been a much worse scenario.

I find the whole thing very ironic, really, considering this all happened right after our attendance at the Preppers/Survivalist festival.

Readers, do you have any good stories about being stranded?

The survilists thing is kind of funny timing. I am so happy it worked out and I am sure the boys will never stop talking about it. When you are young the adventures are just that. Not scary at all. Hug B

Glad the boys were mostly oblivious. I once got lost on Fort Lewis Mtn running the power lines. That was my accidental ultra. About 7 hours of running and ~ 30 miles. Finished at 11pm.

Ha, I'm glad it all turned out okay. It's awesome that your husband took the reigns and got things righted. :) I can't think of a stranded story... it's fun though sometimes when the lights go out (so long as they come back on before too long). ;)

I'm glad everything turned out okay!

In the days before cellphones, I'd taken my mother to hospital and was driving her brand-spankin'-new Cadillac back to her house. (She had to spend the night in hospital.)
2 a.m., on a winding country road, and the electrical system failed. No lights, nothing, although it was long enough ago that the car still ran. There was a full moon, so I could see enough to make it to a farmer's lane and get off the road.
And there I sat, until it was light and I could go beg (and pay for) the use of a phone to call for help.

Nice to repair, I have limped to town many times

It's a good thing you had two cars! Glad it turned out okay and you STILL had fun! :)

My college roommate and I were stranded on a back road in Arkansas at 5:00 a.m. We were heading back home after a week at their family cottage and got an early start. We hit a rock and it rebounded into the engine and something was leaking (don't remember what) and we stalled. We started walking to a nearby house when a skunk crossed the road in front of us. We survived and made it back home alive.

Kids and dirt- made for each other! Looks like the boys had a good time- glad it all worked out even with the bad pump.

I hate that the Jeep 'died', so to speak, but it does look like the boys had fun and didnt even realize the trouble. But then again, fun can be anywhere, anything you want to make it.

so glad your situation worked out well - and got good walking in, too!

Getting stranded makes a good story for a 5year old--and for the adult once it's over. lol

Many years ago, my car broke down in Lynchburg one night. It was in an area that's busy during the day but not at night. I got out and started walking up a big hill to the nearest store to use the phone--pre-cell phones. A car came up beside me and slowed down. I just kept walking, not wanting to give away that I was scared. Then a man asked if I needed help He was a sheriff's deputy in an unmarked car--He called my brother and stayed with me until my brother arrived.

Glad there was another car! Happy the boys had a good time. My husband was notorious for letting his car run out of gas back in the day.

All that mud did not wash out of the Jaws shirt... What a great stranded story! :)

glad it worked out! it could have been much worse. isn't it nice to have a husband that can work on vehicles. :)

Phil sat down beside me and I read this out loud. He is impressed that they were able to change the pump back in the woods on the mountain. Yes, it could have been worse. I'm glad you did not get lost on your walk. And that the boys were definitely not scared. I am very impressed with your Jeep, being that old.

Well, there was the time the two escaped convicts from Tennessee tried to hijack my car with my wife and two little kids in it...... I don't pull over way up on a mountain road anymore unless I see women and kids. Usually malfeasants don't bring their families along on that kind of doings.

Jeeps are great vehicles. They last forever. I had a Grand Wagoner that I drove for 16 years.

I can't say I have a good story, but looks like you made the best of your situation!

Sounds like you made lemonade out of lemons - they had a really great time being stranded.

I'm glad your jeep didn't catch fire! With cell phones all around us we forget that there are some areas that we don't get signal at. We don't have a cell phone signal at our house so we have to have a land line. I have at least 3 stories I am thinking about but I'll tell one. When my husband and I first married we were living in Maryland but we went to a church in Virginia. I told my husband he needed to stop to get gas. He said we had enough to get there. Well, we ran out of gas luckily in front of a nice neighborhood where we got some foreign man to drive us to the gas station with his gas can so we could get some gas for my car! lol Men can be pig headed at times! lol

Glad it turned out well. That last picture is priceless!

well you guys know how to make the best of a bad situation! glad it wasn't a hard thing to fix!

My, there's just never a dull moment in your life, is there? LOL. Glad it all turned out okay.

YIKES! I'm glad everyone is ok! It's good you had people that were close enough to help rescue you.

I bought an MG sports car from the 70's--a lemon. It stranded me 16 times in two months. An electric shop offered to pay me NOT to come back! I sold it to two guys who had it restored for a project, then sold it.

were glad everything is okay
love
tweedles

I think that is a pretty scary experience.

happened to me once. car broke down along a dark road in the middle of the night, There were cars passing by but still felt very scared coz of the crime rate.