Earlier this month, Cort and I drove down to Winston Salem for an appointment with a specialist for his psoriasis.  He is better now, thanks to the food intolerance study, but we since we had waited so long for this appointment we thought we'd go ahead and get established with the practice in case he has a relapse sometime in the future.

After his appointment and a trip by Trader Joes (since alas, we STILL don't have one locally), we decided to have some fun and went to a museum called SciWorks.  When we first pulled up I thought maybe they were closed, as there was no sign of life in the parking lot and only a couple of cars.  Lucky for us, they were open, and we had the place to ourselves!  What a treat. 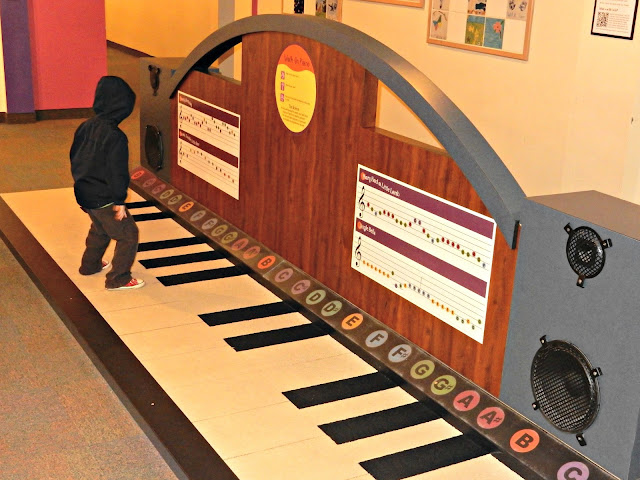 It was a large, rambling place and we had so much fun.  Cort's favorite thing was the large piano.  I admit I was on there too.  We also enjoyed a show in the Planetarium. 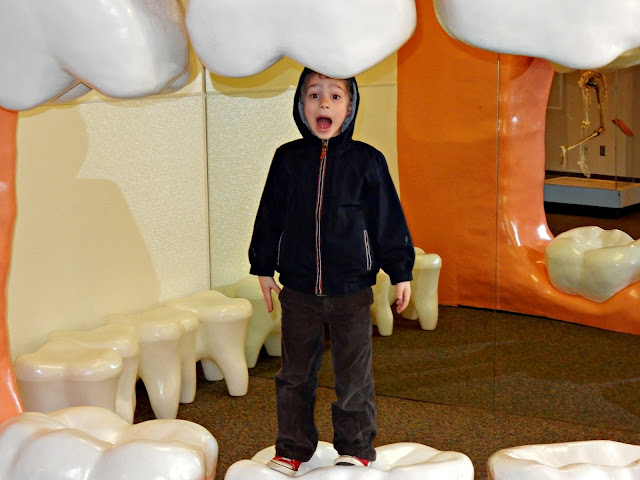 A giant mouth.  They had some neat dental tools where you could drill and squirt the air and floss oversized teeth. 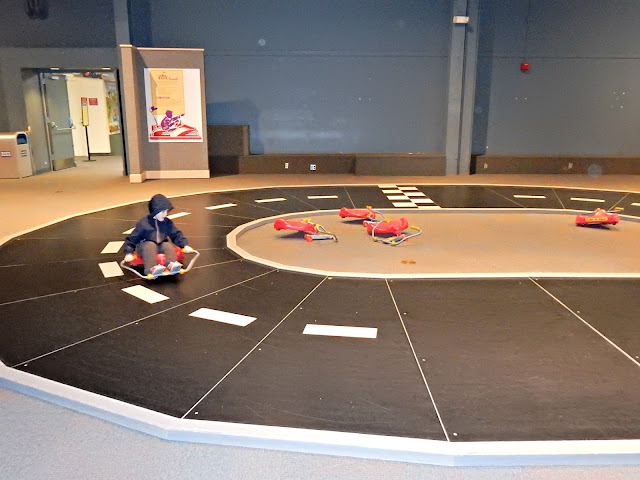 My favorite thing was the scooter race track.  Cort and I had races around the track.  No one else was there, so I didn't mind acting six years old with Cort. 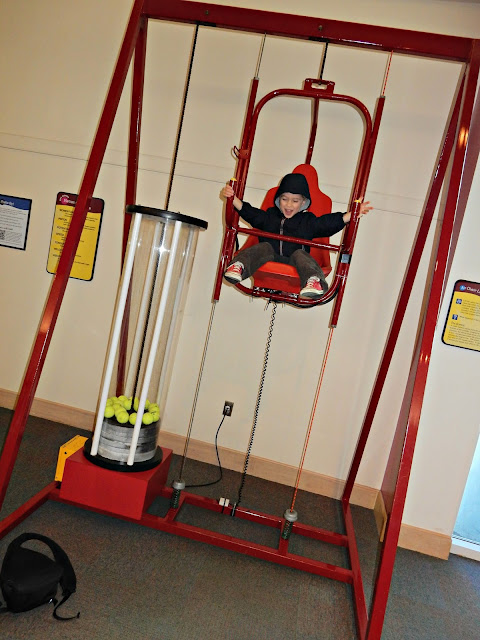 This thing used a vacuum type device to shoot you up in the air.  Cort and I both did this twice. 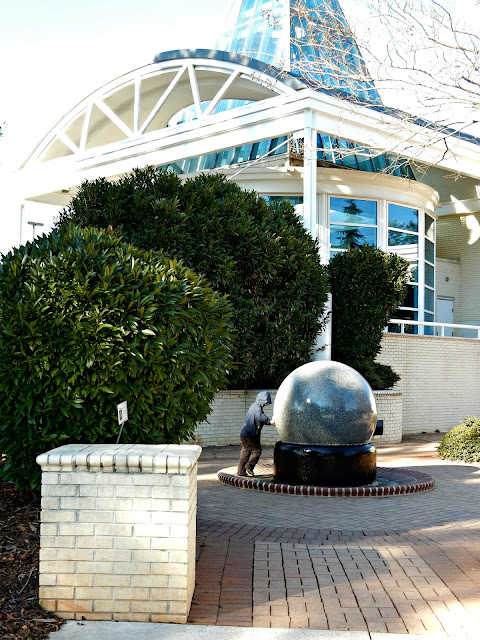 They had outside facilities too with animals and nature trails.  Here Cort pushes one of those water balls. 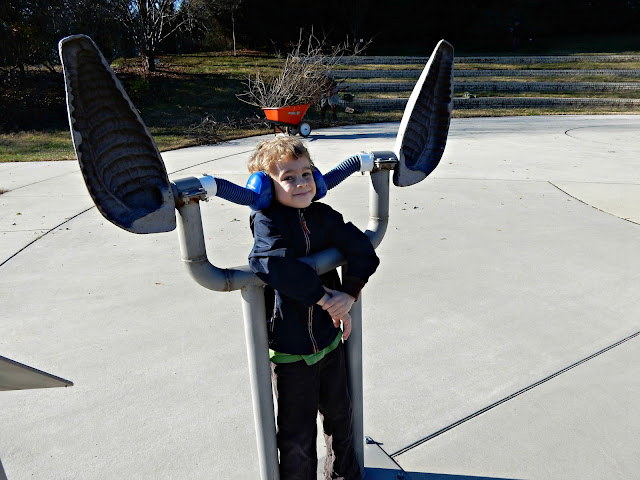 Experiencing bat ears.  Can you hear me now?  I don't think Cort missed school one single bit on this Tuesday.

Cort and I both think we need to head back down sometime, only next time we'll bring the whole family!

What a fun place to play.I would have tried everything.

Heck with school--he probably learned more there in one day! What a GREAT place to find. That is going to be a ton of fun with the whole gang there.

How did the doctor's visit go? Were they impressed with his skin?

Happy New Year to all of you!

oh, he had a special treat! you both did!

What a great expression inside that super sized mouth!

This looks and sounds like so much fun! How amazing you had the place practically to yourselves. I want to try the bat ears and the piano. :) Sounds like a day that was very special to both of you. So glad you stopped there. :)
~Jess

Minnesota has a Children's Museum where my daughter would take my grandson when he was younger. He was fascinated with all the activities, but I don't think they had anything as cool as that piano. What a great place to take the kids.

Looks like so much fun and what a treat for him since he had to see the doctor. I can just imagine the fun you two had since the place was almost empty. That's the way I would like it! I know you all look forward to returning and Cort can lead the way. Happy New Year. I do hope Cort won't have any more outbreaks.

That looks like so much fun! Glad Cort is feeling better.

I'm so glad he's better! I bet the doctor is amazed. YAY for no more steriods!

That's cool he got a special trip to a museum!

So glad to hear Cort is doing well. No doubt he enjoyed some time with his mom. I would have been playing with all of that stuff!

That museum looks awesome, and nothing is better than having a museum to yourself so that you can do everything! I just moved a few months ago, and need to start exploring the museums here :)

A good plc to bring the kids to.we have something like this too. Son loce it when we bring him there

So many fun things! I would love to visit a place like that with the kids too!

What a great idea to stop in here! The scooter looks fun, and I feel confident that Cort will respond well to the doctor.

WOWOWOW!!!! This place looks Wonderful. What a special gift to be able to ramble about - You and your son . . talk about "quality time" -

I think my students would enjoy a place like this . . . Bat Ears???
Who Knew?