I ventured out in the cold this morning to check on the horses, particularly to check
their hooves, to see whether it is time to get our farrier out. Scooter thought we were going for a run, so he was very excited. We just got Scooter a few weeks ago, after having to put our dog of 12 years, Cameron, down due to old age. 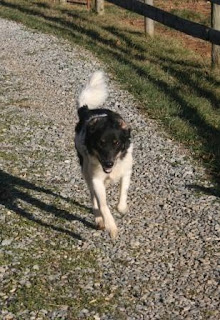 Scooter is high energy. He's about a year and a half in age, and we adopted him from a local animal shelter. His family had given him up because he kept tearing up their house. Border collies are notorious for needing activity. 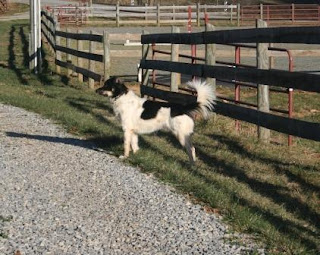 So Scooter came with me to call the horses up from the pasture. To the far left is Zip, a quarterhorse that was given to me last year by a lady who was afraid of him. I need to pull his mane! He's 7 years old and high energy, but with regular work he rides very well. Unfortunately, my riding helmet has a crack in it so I'm not willing to ride him again until I get a new one. Hoping the husband will spring for one for me as a Christmas gift. Next to Zip is Phoenix, who I rehabilitated when he was 3 years old. He had been abused so badly that his whole body would shake if I tried to pet him. He would buck off anyone who tried to ride him early on, but he's wonderful to ride these days! Phoenix is getting to be an old man at 18. And heading things up is Pierce's pony, Harriet. We have had her for about 9 months. She's a lead line pony and is 18 years old as well. 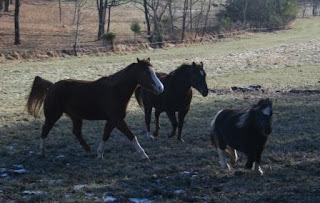 Zip checks out his jolly ball. He is the only horse I've known to really like him. Phoenix always regards him as though he's an idiot for liking it so much. Notice Scooter checking out the ball himself. 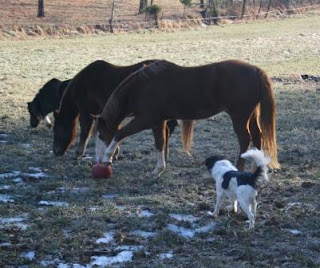 Scooter is just waiting for the opportunity to grab the ball and go... 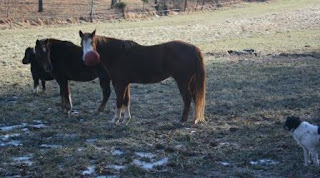 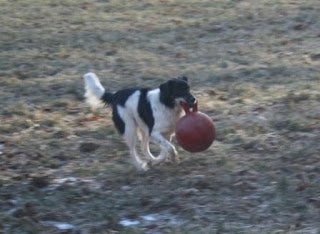 Maybe I should get Scooter his own jolly ball. They do make dog versions. However, that would be no fun as part of the joy of it is the thieving itself. Take that, ball! 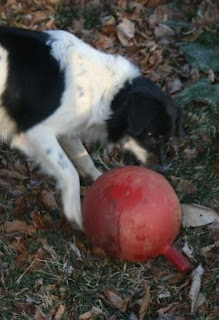