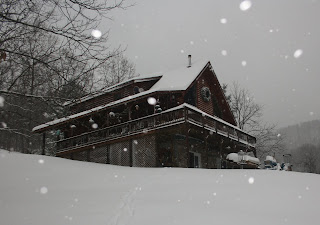 We got the biggest snow in over a decade. Certainly the biggest snow by far in the 11 years we have lived in this area. It took Paul 2 1/2 hours to get home yesterday (it is normally about a 25 minute commute). He walked the last portion of the trek up over a huge mountain and back down. He was prepared, though, and had taken appropriate clothing and boots with him.
Tons of motorists were stranded on the roads. Certainly the Cozy Coupe didn't fare very well in this much snow... 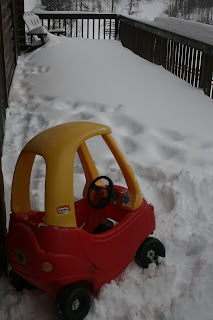 Paul tried to dig out the Saturn. Unfortunately, we must have one of those wimpy Southern snow shovels, as it fell apart shortly afterwards. It's not made to handle more than about a 6 inch snow. 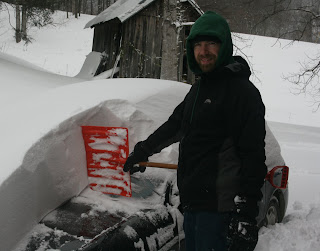 Look at the flower in my hanging basket. Surely it's going to drop off soon? 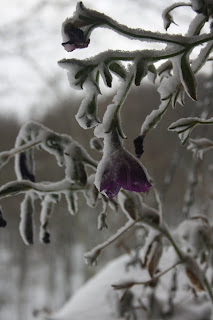 So for the first time in about 3 months, Pierce was eager to get dressed so he could go out to play in the snow. Normally, he throws a tantrum and wants to stay in jammies. Even though he willingly got dressed, he still objected to the hat. And the gloves. And the overalls. Well, I'll take what I can get anyhow. 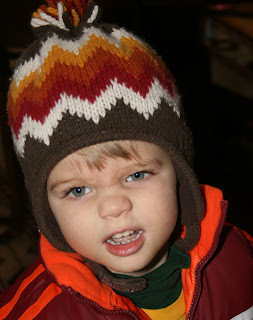 Finally we got him outside. Not so easy to walk around in about 16 inches of powder when you're only about 3 feet tall. 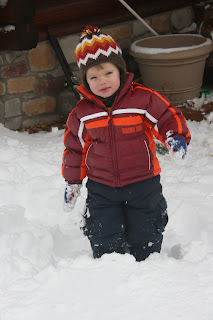 I tried to ski but it was so powdery. I would've had to really hike up partway up our mountain to get a steep enough grade to get going. I need my own ski lift. 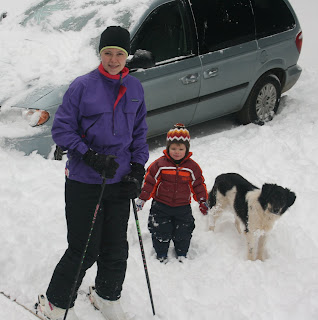 Pierce did a little sledding. He liked it until his sled crashed and then he got a little grumpy over the whole thing. 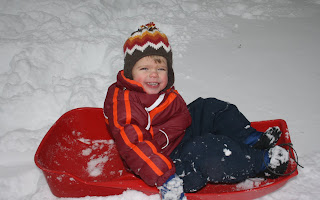 And of course I had to get the twins out in the snow, this being their first. Apparently Cort loves snow. And apparently Reid hates it. 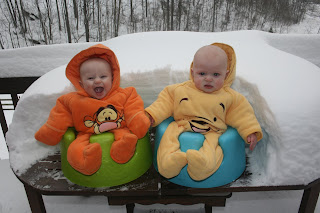 Mom! How come he got to wear the Tigger suit? 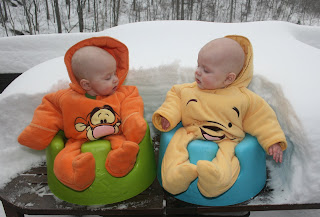