I grew up in a family obsessed with pirates.  We devour pirate literature, pirate movies, pirate sight seeing.  We have books about how to speak pirate.  We get one another pirate birthday cards.  We're goofy that way.  And so, remember dinosaur day, the day that started my whole blog?  Well, I declared yesterday Pirate Day.  My family would be proud ;-) 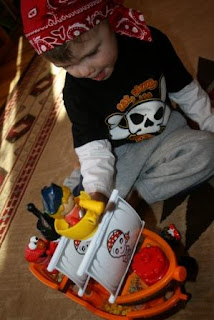 My brother, Taylor, got this pirate ship for Pierce as an early gift.  I think Pierce was one?  We are serious about starting our pirate training early.

I confess that Pierce has no fewer than FOUR pirate themed shirts.  This, when all he ever wants to wear is pjs.

I confess that I had pirate goodies stashed away for a rainy snowy day. 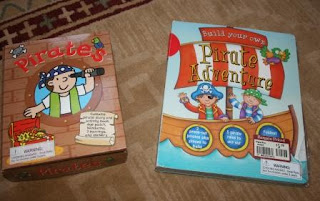 The Pirate Adventure book I got for $2.00 on Barnes and Noble's 75% off clearance! 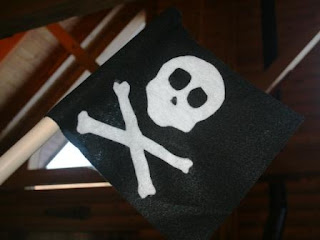 We used some black and white felt to make our own pirate flag.  I hope Paul didn't actually need this PVC I found in the basement for something else.


No kid would really be a pirate without a treasure chest full of booty.  This is a hand-me-down from my brother, John. 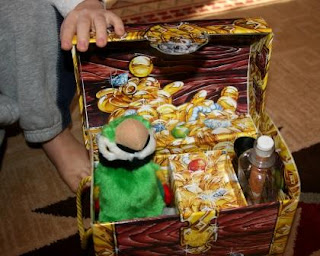 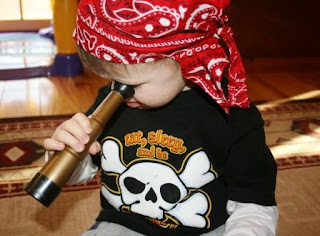 Testing out the spy glass. 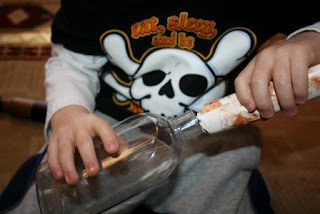 Map in a bottle. 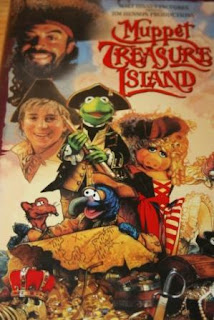 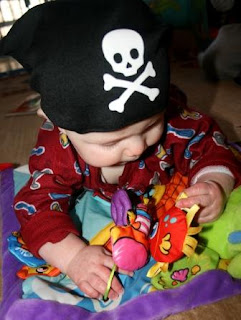 Reid worked on his mad pirate skills.  Yes, even the twins have a little pirate playmat.  They love it.  It makes crunchy noises when you play with the people and fish.  And the alligator is a puppet.  Ahoy! 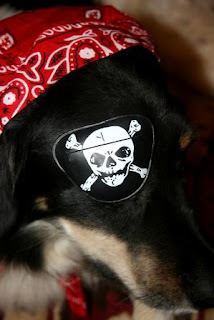 Scooter did his best to find his sea legs.  All four of them. 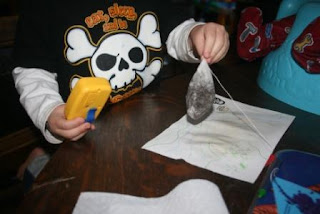 And we made our own pirate map.  We drew on a piece of white construction paper and colored it in.  Then we wet a tea bag and rubbed it over the surface to make it look old.  After that we roughed it up a bit. 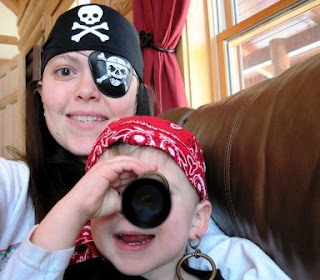 I'm pretending I'm really in Key West instead of snowed in for the third day in a row.  Can't you tell?   ARG!  I would walk the plank just to get out of this house ;-)

Aaargh! You be a-makin' the family so proud me-Lisa.

I love all his pirate things! We love pirates as well..