Following the Baby Buffet with an Adult One of Sorts

Being snowed in is fun...the first time.  But now I'm over it.  If I was the groundhog I wouldn't even bother to come out tomorrow.  Here is a picture taken Saturday night, after feeding the horses and cutting huge snow balls off their fetlocks (the hairy area behind their 'ankles'). 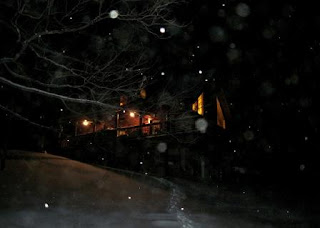 Pierce has been sick with a cough so we didn't really want to take him out in the snow for long periods of time.  So what to do when stuck in the house for an entire weekend...again?
Cook!  In addition to making homemade chicken noodle soup for the boys (canned is NO comparison to home made), I tried a few new recipes.
First, I decided to create something for the Phyllo dough recipe contest.  I came up with Reesepoleons. 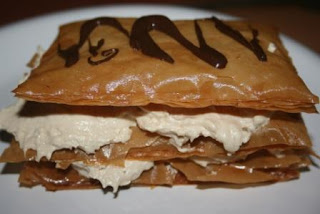 Here is the recipe:
Reesepoleons
I have never worked with phyllo dough before.  I found it...tedious.  I'm not a perfectionist and found the layering of the dough and the brushing of the butter irritating.  It took forever! But it certainly is tasty.  It may possibly have been mybreakfast this morning (wow, it really is a good thing I run, huh?)
I had another roll of phyllo dough after making the Reesepoleons, so I decided to make apple streudel.  I defrosted some of the cooked apples we made after harvesting our apple trees last fall.  Even after being frozen for several months, they still taste crisp, tart, and full of autumn. 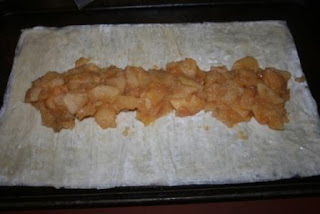 Spread them out across 5 layers of buttered phyllo.
Rolled it up, sprinkled with cinnamon sugar, and baked for 20 minutes at 350*. 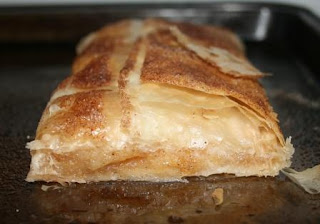 In a bowl, steaming hot with ice cream on top: 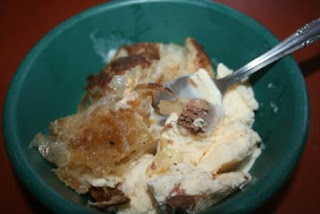 And finally, I decided to try some steel cut oats.  I've heard so much about how healthy they are (and goodness knows that after all this dessert making I needed some healthy to balance it out).  I got these on clearance at Kroger for .99 cents. 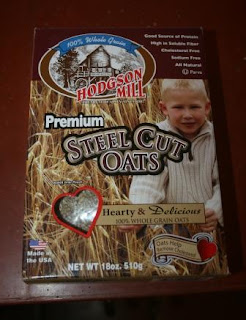 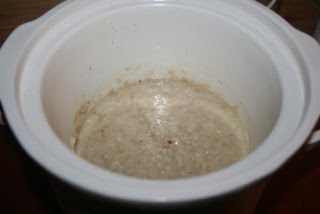 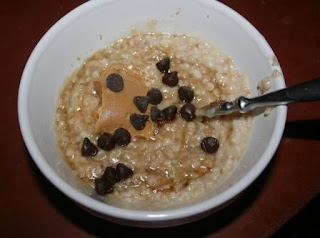 They have an interesting crunch to them.
What do you do to kill time when you're stuck inside for the weekend?

steel cut oats, however: no amount of doctoring can make me not vomit.

let's not ever talk about those again.

Give Pierce that elderberry syrup. It will kick a cough in the butt.
lovemom