After being housebound due to snow and sickies for so long, we decided to escape yesterday.  It was free day at the downtown museums, so off we went. 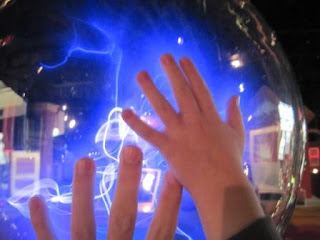 Let me tell you...after being stuck in the house for so long getting out was absolutely divine.  It was like THE MOST FUN EVER.  Just because we were so stir crazy.  Even the twins were angelic for the entire TWO HOURS we spent at the science museum (including a MOVIE!) 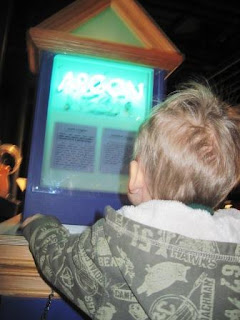 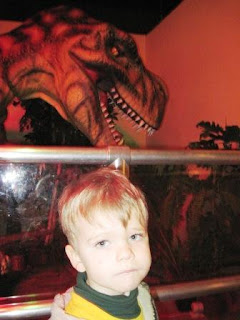 Pierce liked the snakes.  The black one came right up to the glass to say hi.  And Pierce said, "I WANT IT!" and looked around for a place to open the glass. 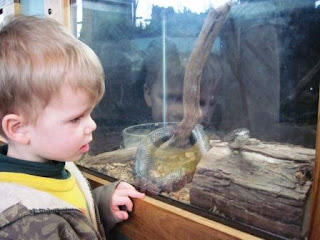 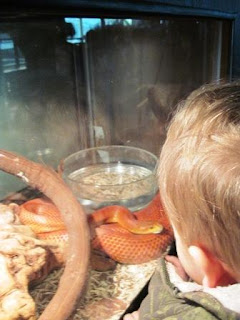 We played in a tidal pool and touched horseshoe crabs and urchins. 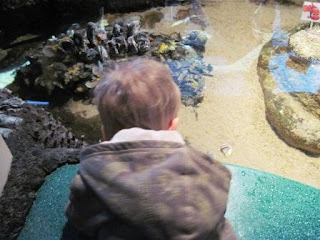 And even picked up a hermit crab. 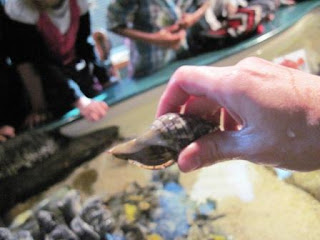 We played with a spinning disk 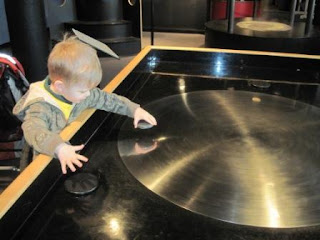 and went in a tunnel to see glowing minerals 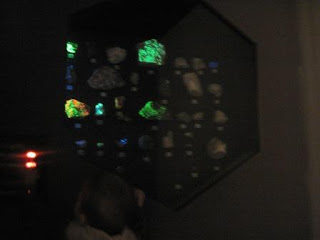 We made some music 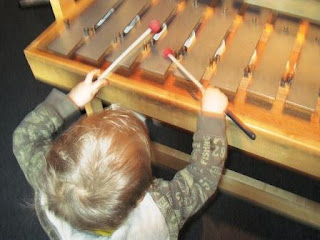 and some handprints (one of Pierce's favorite parts) and made the cyclist go 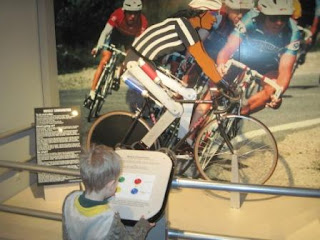 There were a ton of kids running around, because a school was there on field trip.  As a result, they did an unscheduled movie in the planetarium.  Pierce and the twins and I sat in.  It was quite possibly the LAMEST movie I've ever seen in my life. 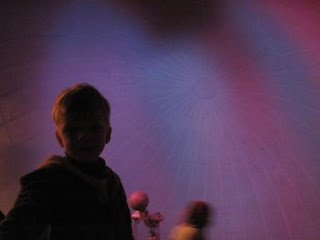 And Pierce was a little scared when the lights went off.  So we didn't quite make it through the whole film.
The science museum is on the 4th floor.  Looking out over downtown: 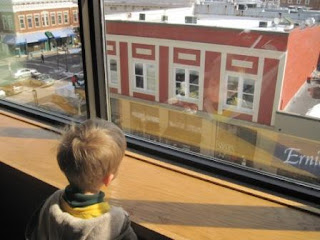 Before heading home we met Paul for lunch.  It was a very fun day, indeed.  And thank goodness we got out.  Because we woke up to more snow this morning.  Sigh.

Looks like so much fun! Glad you got out. Nothing worse than being a prisoner behind the white curtain.
lovemom

What a fun day!! The science museum looks like so much fun. :-)