On Sunday, checkout from the house in Wintergreen was at 11:00, but the zipline didn't open until 2:00.  Paul and I were drooling over the zipline (more about that in a future blog) so we decided to stick around until it opened.
We went to the Nature Foundation (which was wonderful) and let Pierce do the Dino Dig. 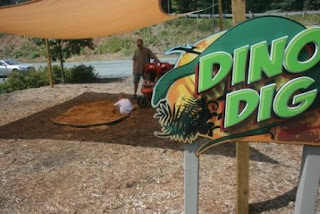 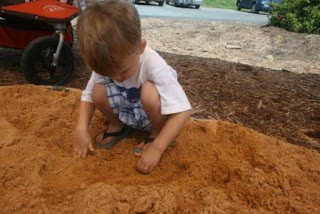 Then since I did the bungee the day before, Paul did the mechanical bull. 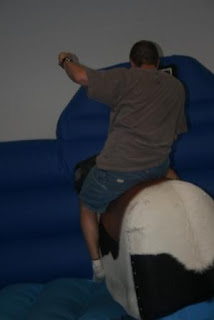 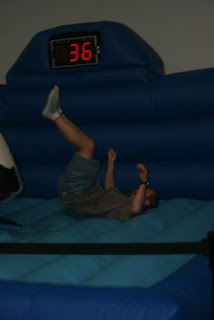 Pierce even took a turn, at kid-friendly speeds. 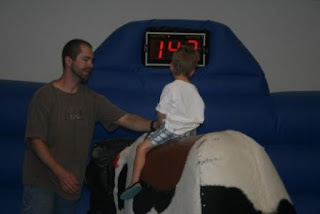 Then, because there was no one in line, we turned the boys loose.
Doesn't that bull have an ugly face?
It looks like something out of Rosemary's Baby. 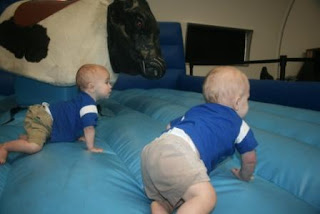 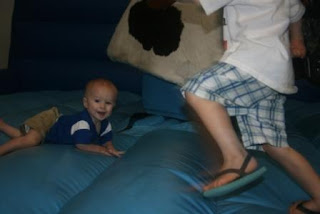 I could get a lot done if I had a mechanical bull at home. 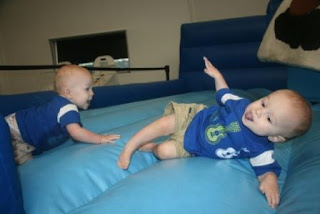 Just look how entertained they were! 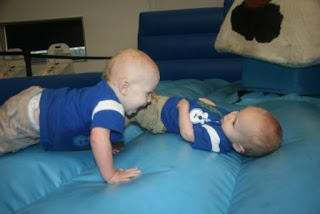 Once we exhausted the mechanical bull factor, we headed outside for a little putt putt.
This was Pierce's first time. 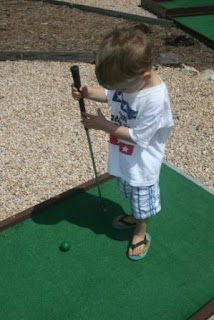 I suspect he may need to work on his swing a little... 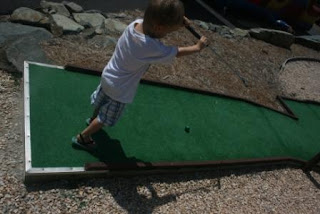 I got one thing to say...36 seconds! I tamed that thing! Take that you fake bull!

How fun!! Glad you got to let the boys go and play on the 'mat' of the mechanical bull. Looks like you all had a great weekend!!!

Good gravy! IF you do decide to get a mechanical bull...please put it around back (with that pool)!

Oh man, that bull does have a scary face! But at the same time what fun!!!!!!