I went to high school just outside of Manassas, so when I recently attended my twenty year high school reunion I was eager to visit some of my old stomping grounds.  The first morning there, we headed to the battlefield, where the Battle of Bull Run took place during the Civil War. 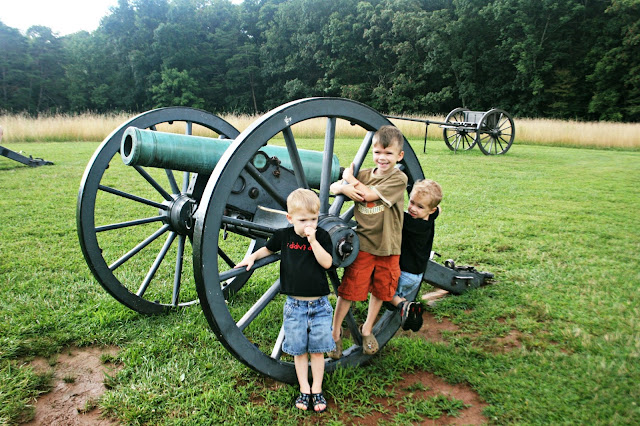 The boys had fun playing on cannons while I went for a run on the trails with my friend Ginger.  The boys did a little running too.  Running around Stonewall Jackson.... 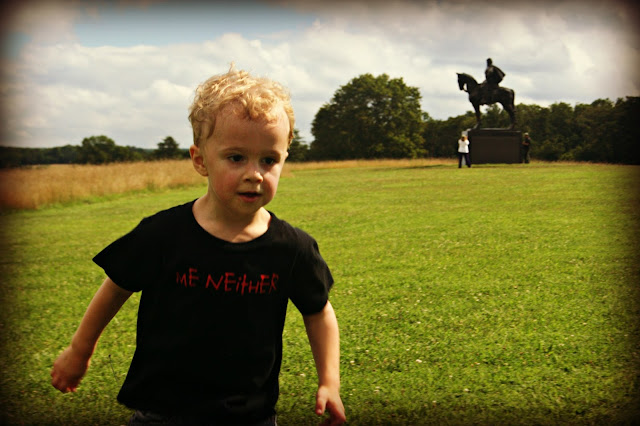 The red brick house in the background was a hospital during the Civil War.  When I think of Manassas, I can't help but think of this house. 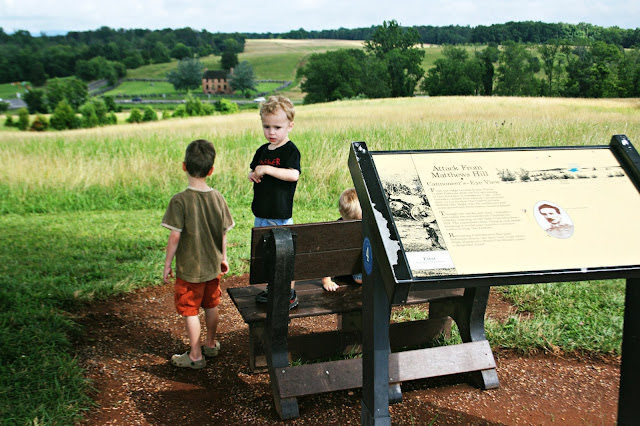 We didn't have time to go through the museum, but the boys didn't mind.  They had plenty of fun in the fields. 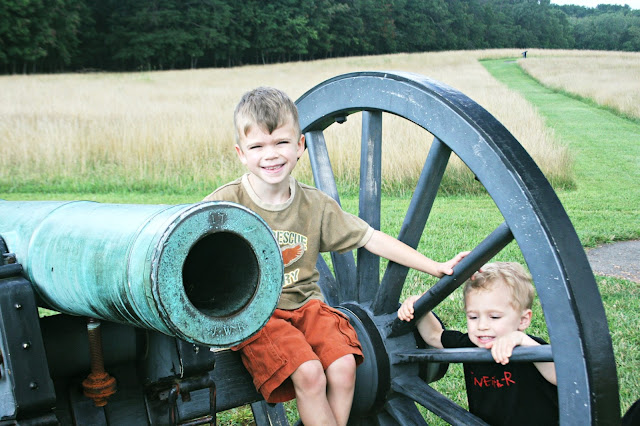 But for once...I don't think the boys could have possibly had as much fun as I did. 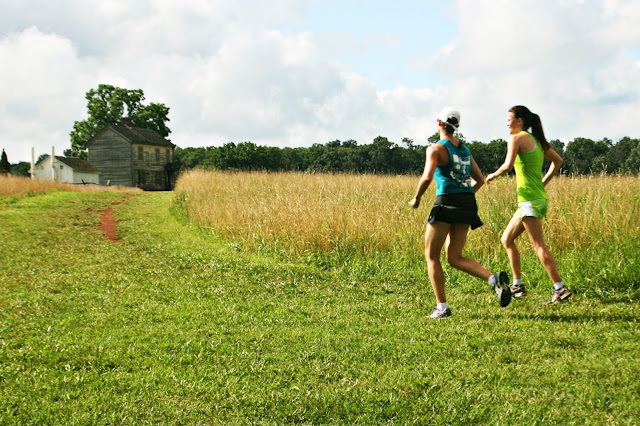 Most enjoyable run I've had in a long while!

What a really cool place to have your run... and the boys were occupied with the cannons. Perfect!

What a nice outing, nothing like playing with cannons, maybe you could get one for your yard!

How amazing it is to visit these spots! Have been to pea ridge several times. Gives you such a sense of history

everyone had a nice day out there!

What great pictures and I know you had a good time at the reunion. I love seeing children run and play.

Glad you were able to play as well. :) Looks like a fun for everyone!

Looks like a fun day! That grassy path looks like a great place to run, and to run with a friend made it even more special, I'm sure.

When Gene went to Culpepper one of the side trips was to Pennsylvania. He came back with tons of pics including one of a house that still had a cannon in it from the war. They just left the hole and framed around it.

You can feel how much fun everyone had! Glad you got your own fun in there!

I just watched a show on Netflix last night and it discussed how so many died there and how there was no infrastructure at that time to identify and return bodies to families. A very sad time in our history. I have never visited there but hope to.. such sacred ground. So glad you and the boys were able to experience it in a joyful way. xox History is good so we don't repeat our mistakes.

Yay for a great run! And the boys are having fun indeed. Love their smiles.

Incredible to think of what has happened--and to live right on top of history like you do.

Glad you could get a good run in, Lisa. I'm sure it's hard to find time during the summer when the kids are home all of the time...

Beautiful place and so educational... I'm sure the boys enjoyed it--along with their Mama.

Such beautiful photos. Thanks for sharing them.

I love to visit battlefields. We usually a lot of time trying to picture the troop movements!

As a child we lived in Fairfax and were regulars at the Manassas park. I still smile looking at my brother and I climbing on those cannons as munchkins. Great memories for us as I am sure they will be for your sons.

I think everyone had a fun day! Its important for all!
love
tweedles

Sounds like a nice visit. I like the picture with hospital in the background. Gives me chills because of the history behind it.

Neat! The picture of the boys on the cannon is precious! I've been to that battlefield many times.

We have an old home movie from when I was about 12. My brother pretends to shoot the cannon at me and I fall down!