According to my front desk friend at the hotel, Philadelphia has the second largest Chinatown in the U.S.  I had already been to the ones in San Francisco and Washington D.C., so I was excited to check out Philly. 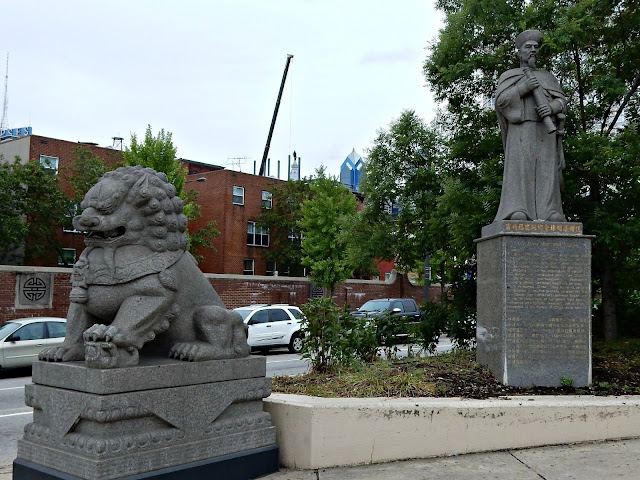 It was only about a block from our hotel.  So of course, I had to do some exploring. 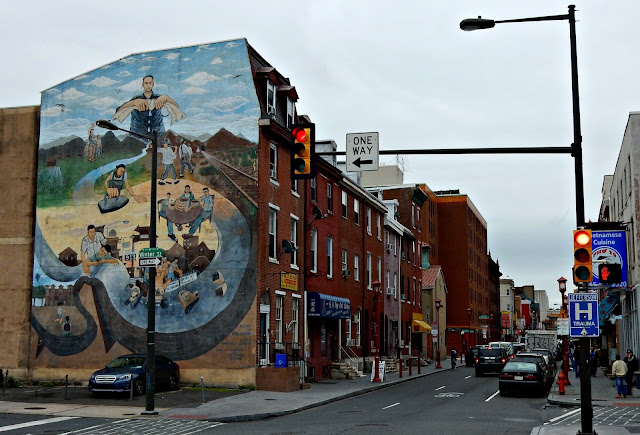 I actually didn't see a single tourist the two days I walked around Chinatown.  But then again, it was a couple of unusually cold and rainy days in a row. 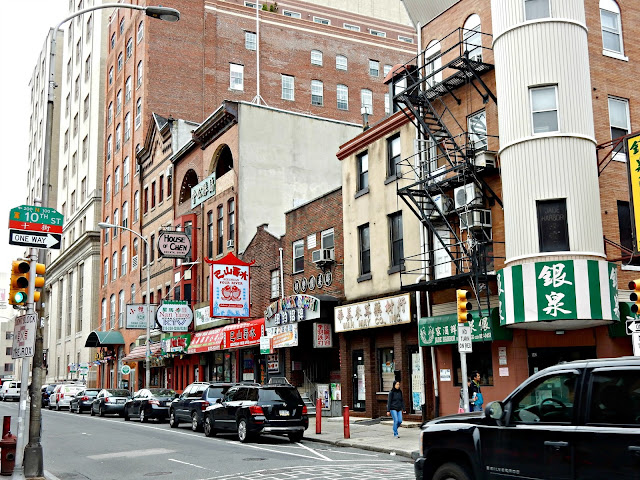 One morning Paul and I ran through Chinatown and saw an elderly group of Asian women doing an exercise in which they did some slow, methodical dancing.  It was very interesting. 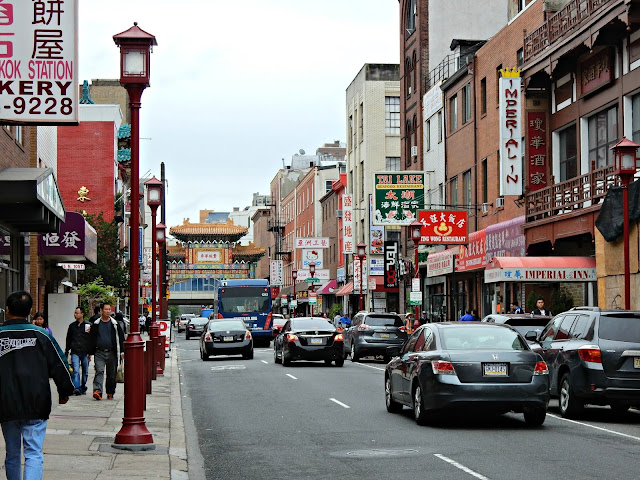 Some of the buildings were very ornate.  This poor building was more decrepit than you can tell from the picture. 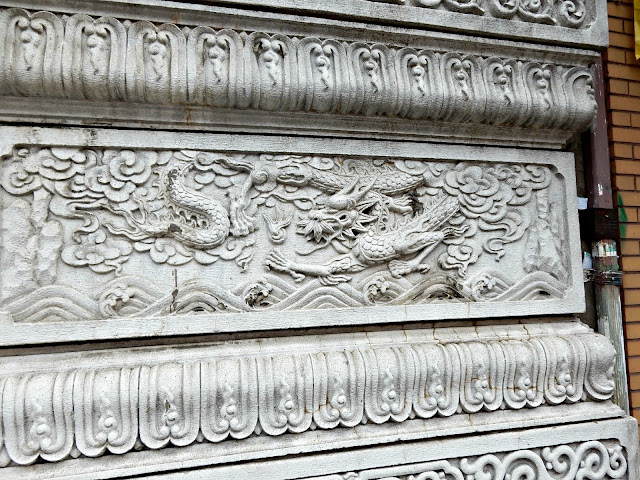 Same building below.  You can see in the corner that it used to be a YMCA back in the day.  A shame that it is going to waste now.  I wonder what happened to lead it to this. 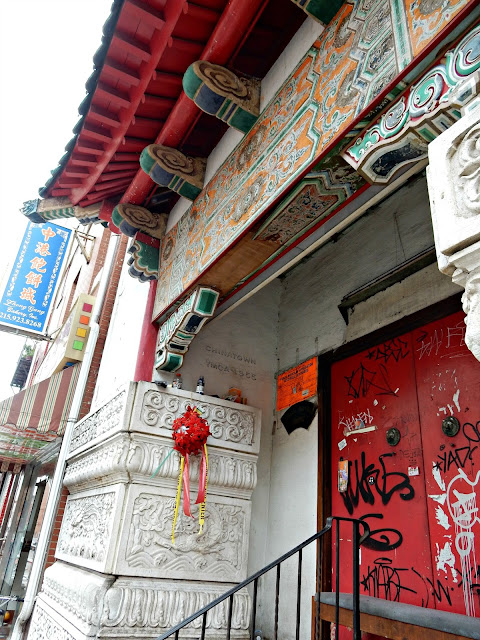 One day I had a late lunch from this Dim Sum restaurant.  I had a delicious noodle soup with tofu and bok choy.  It was spicy and warmed me up after being chilled all day.  The proportion was HUGE for $6.  I could only eat half of it, despite how much I loved the flavor.  Yes, I am an adventurous eater, and I adore trying unlikely street restaurants. 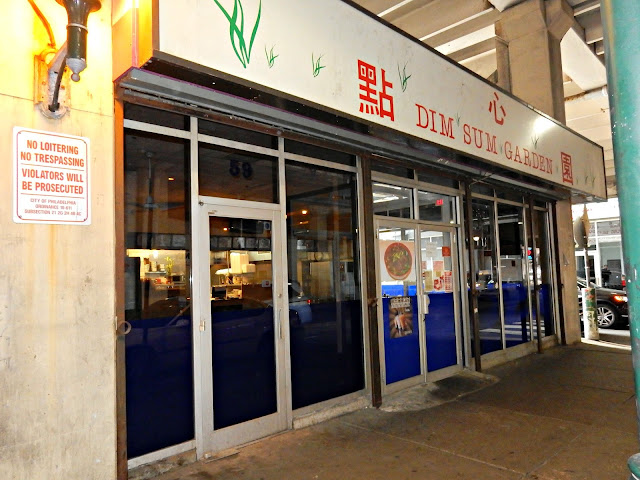 Here are the goodies I picked up at various shops in Chinatown.  I confess that some of them were not very palatable.  One of the candies, in particular, was inedible.  But it was fun to try new things.  Perhaps I should have brought back a bunch of Dim Sum instead? 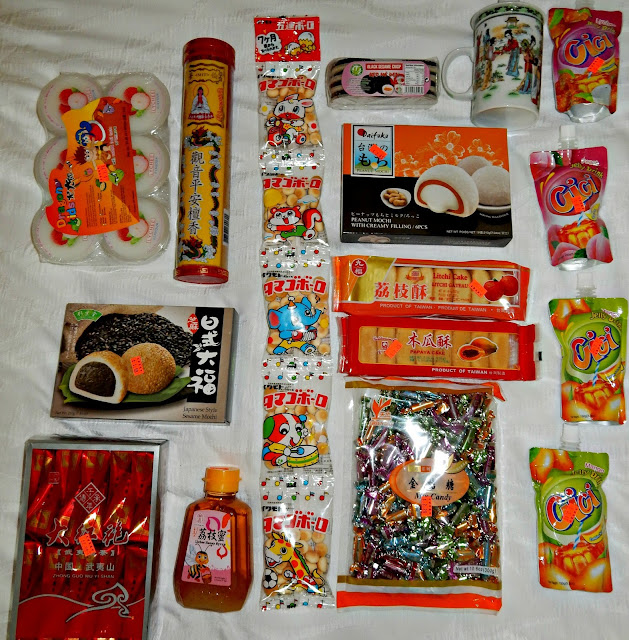 Readers, have you ever been to a Chinatown?

I have been to 3 in N America

You are a brave soul to try the different foods, snacks, etc. I do love the ornate buildings, etc though. I have never been to a chinatown, so it was nice to visit through your pictures. Hope the new week will be good for you and yours.

That was quite an excursion! I have never been to China Town.

Love the photos you shared. Looks like a fun place to visit!

It is big, indeed!

You have a nice blog here, Singapore has Chinatown too, come visit us one of these days :)

Singapore has Chinatown too, come visit us one of these days :)

Well, look at this! I love all the pics, Lisa! Thanks so much for sharing with us. No, never been to Chinatown and I have to confess I rarely eat the food. In fact, I like the canned you can buy in the grocery store along with the noodles. Go figure! :)

I have never been to a Chinatown, but now I want to. Looks like fun. The food sounds delicious, too.

We have a Chinatown in Chicago too---and yes, we have been there. We hire a lot of our employees from that area as our owner was Chinese. She always looked out for her Chinese employees when she was alive.

It's beautiful to see the buildings and the culture in a special section of the city. And the food---YUM!

I think it would be so interesting to see all of that!
love
tweedles

Slow motion execise ya...hmm.. that must be Taichi. Good for the body.

Thanks for visiting.
Love
BShell

Yes, in New York and in Washington. Interesting places.

Our hotel will be near Chinatown when we head to Philly. Thank you for the preview.

Dim Sum! That takes me back to many years ago. You have a real talent for picking out interesting places to tour and dine, Lisa! Very cool! :)

You sure got to see a lot more Philadelphia than I did. I guess I need to go back.