One of the fun activities we did while we were at Topsail Island to get out of the midday heat was visit the sea turtle rehabilitation and rescue center. 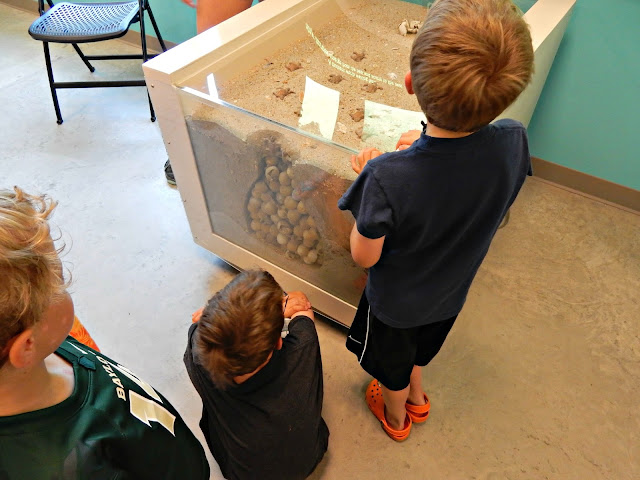 The day we were there, 43 nesting sites for turtles had already been reported for the year. 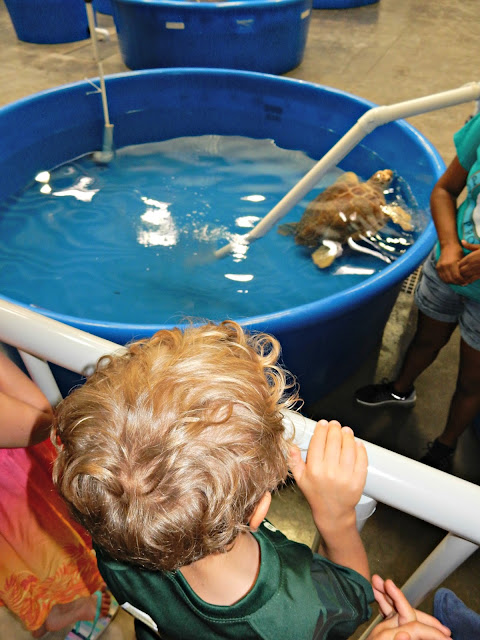 They had a large number of rescued sea turtles, three different species.  They all had names and their own tanks.  Some had gotten a turtle form of frostbite during the cold months.  Others had injuries or illness. 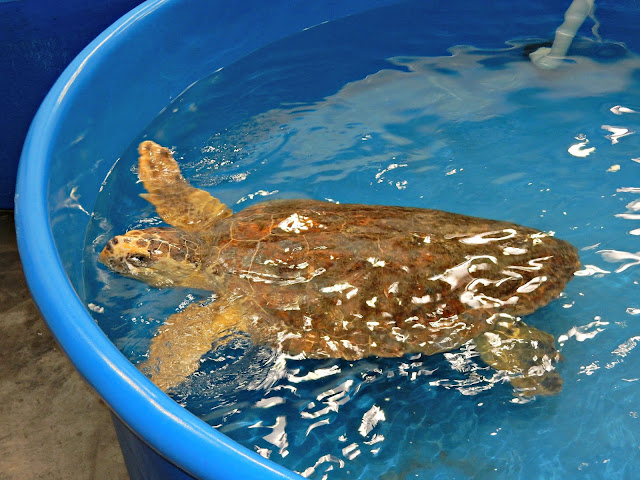 On the way out, we got to stop and talk to some of the sea turtle campers.  They taught us all about squid anatomy and dissection.  They were very enthusiastic.  The boys loved touching squishy dead squids. 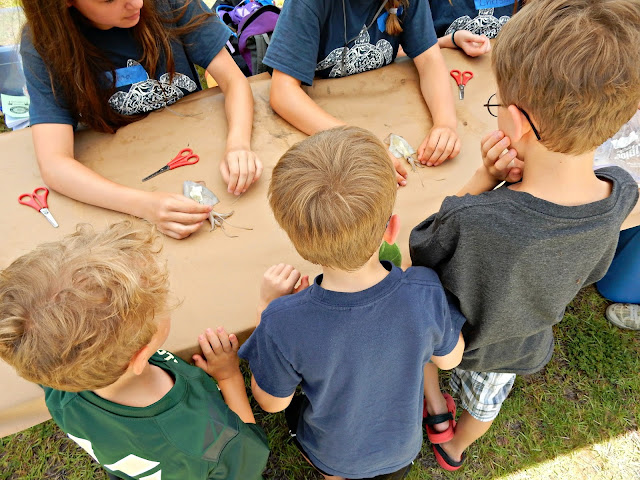 What can I say?  I always found dissection kind of interesting as a kid, too.  So I didn't mind them poking at the dead squids.  They got their science education for the day!

Wish I had been there with you!

That's an interesting place, so educative! I remember that a couple of days ago, my son asked me to buy a turtle as a pet! but I had no idea about it.

What a fun and interesting part of your trip. I know those boys enjoyed seeing it all....I would have too! Have a great day.

This is just so awesome, and so much for the children to learn about and have fun too.

I like to eat those little squid. Fun to see the parts.

You find the neatest things to do!!

Fascinating stuff! They are learning all about our natural world. You are a good mama.

Looks like a fun and educational time. My crew would be at the front of the line to--ready to poke some dead squids. haha.

I have a friend whom I used to work with. She goes to Florida in the nesting season and helps protect the nests from idiots who go down on the beach with four wheelers at night (it's illegal but they do it anyway) and run over the nests or even the baby turtles.

Have you ever dissected owl pellets? That's a fun thing to do with kids.

Ah you guys are all braver than me. I was 'that kid' who wanted to skip class or be out sick on the day we had to dissect anything. ;)

That's a great lesson for the boys and all of you. I'm so glad you find such neat places to visit. :)

This looks like fun for the boys. We visited a sea turtle rescue center on Jekyll Island and we all enjoyed it.

I have a nephew that would love this! He's big into turtles. In face my brother-in-law found on ebay a turtle's shell that he bought for him. Crazy!

Interesting for the boys to experience this.

Looks both fun and educational!

That sounds like a fun place to visit. I love turtles.

What a fun experience!

And they will never forget that experience!
love
tweedles

So many cool activities and they are obviously happy to be there!