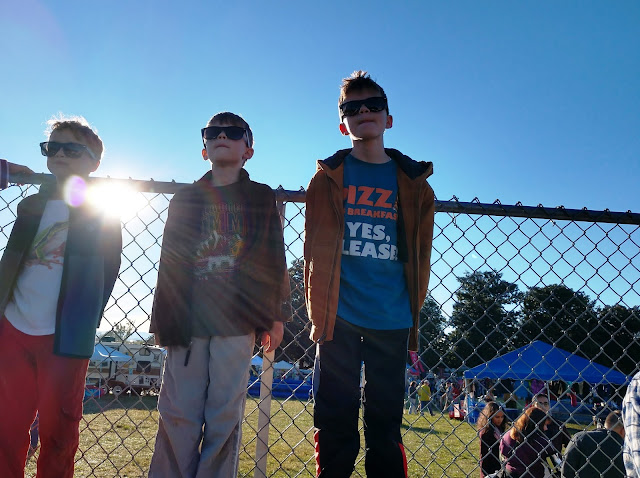 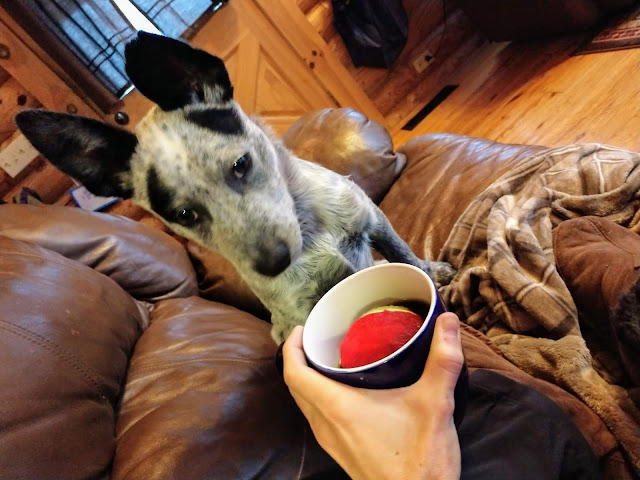 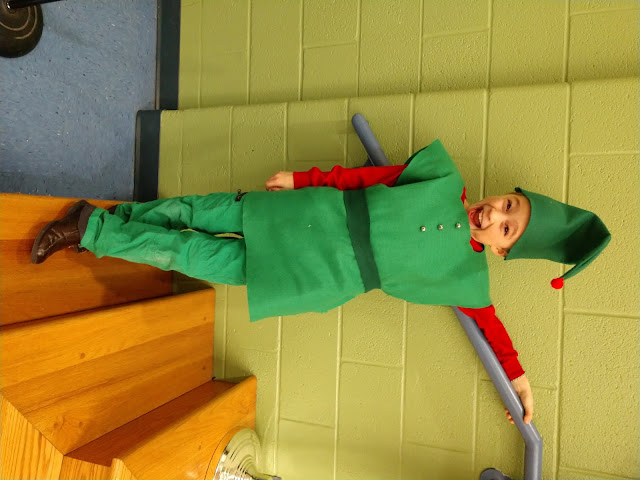 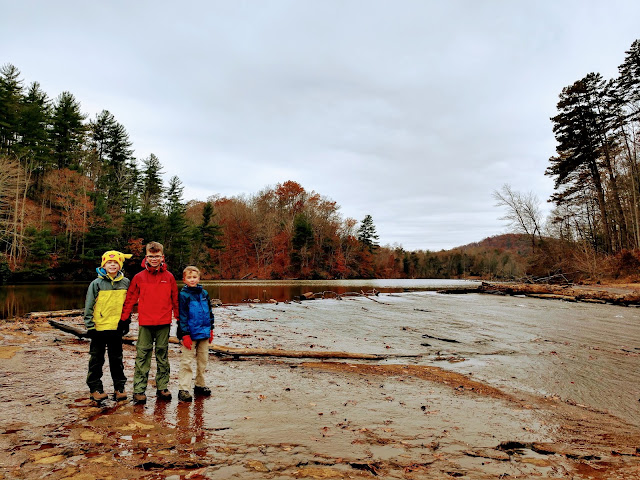 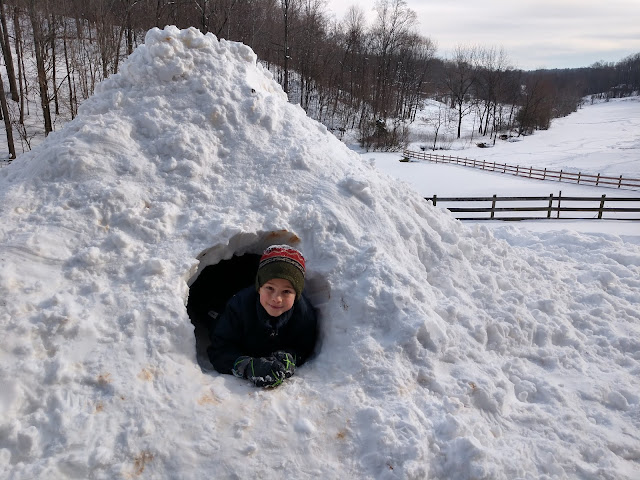 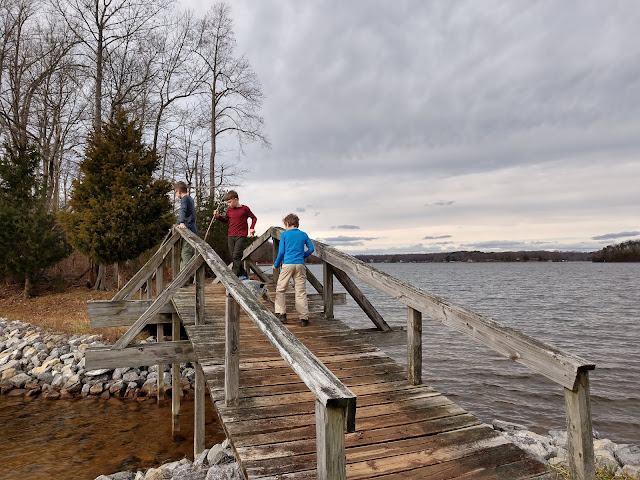 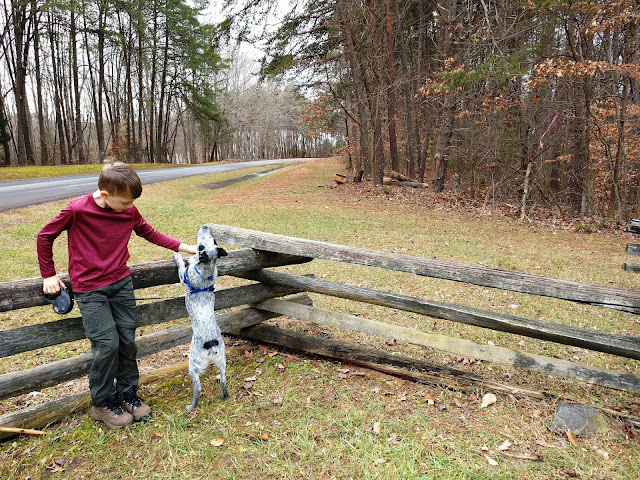 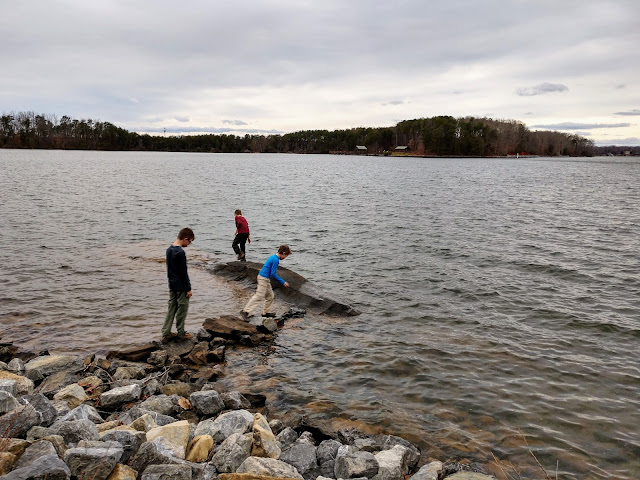 Thanks to those of you who checked in.  Wishing you all a happy 2019!

Yea! I'm glad you were off doing fun things...I was starting to worry about you. Whew! Glad it's all good.

When Blogger does that to my photos, I turn them in my file and then upload to counteract the quirkiness. It probably isn't the best way, but it works for me.

So good to see the boys, Lisa! I'm not surprised at your running; hey you could run on down to my house. :)

I hope all you guys and girl have an exceptionally 2019!

Your little guys are growing! So good to hear from you. Also nice to see your new pup. Best wishes for the new year.

I am so glad to see you! Happy New Year! My, how the boys have grown! I am so sorry about the Lyme disease, I hope you recover quickly, with no lasting effects. Cort's igloo is very good! Your new puppy is so cute, what did you name him?

Glad to see your post. I missed you and your family! Sorry to hear about the lyme... horrible disease!

Are you entering the State Parks photo contest? I didn't get out there for First Day because my ankle was sore.

Your new puppy is adorable!! I guess dropping the ball in your coffee got your attention! :)

Was thinking about you and your lovely family just the other day dear Lisa. My how they've grown this past year - and such smart, good looking boys! I always enjoy seeing how you all get out into the countryside and enjoy nature and have such fun. New doggie is a cutie - love the ball in your coffee photo.
Sorry your return to full health has been hard - Lyme Disease is not good and you may have ongoing problems as you know - hoping the researchers can do something positive to help address this condition which is prevalent here in our state. My thoughts will be will you this new year and I hope your health improves dear.

Meanwhile, here's to 2019 - may you and your family continue to enjoy life, good health, much joy and prosperity. . . . . . . and please post on your blog now and then when time permits, I don't do Instagram so have missed you here!
Hugs - Mary

Nice to have a quick catch-up and to see how much the boys have grown. I don't post so many blogs nowadays as life is quiet for us at the moment.

So wishing you and your family all the best for 2019.

Your dog is so cute! The pictures are all so cute.
Sorry about the Lyme disease and how long it takes to get back on track.
Happy New Year to you and your family.

I love your blue heeler, I had two in my younger years. They are very smart dogs, great family addition! Nice to see you here!

Lisa I am so sad that you got Lyme it is a very difficult journey. You are doing well and your boys are so lucky to live where they do with parents like the two of you. Beautiful. Take care my friend and thank you for sharing. B

It looks like we are both returning to blogging this month. Your puppy is absolutely adorable. I can't believe how much snow you have had already! Happy new year :)

The boys look great...they're growing UP!
The puppy is so cute and I laughed about your ball in the coffee. :)
I'm SO glad you're starting to feel better; I can't imagine how difficult it must be to gain your strength from Lyme disease.
I remember reading The Stand so many years ago; what a great book!!
Happy 2019

I bet the boys will have a lot of fun with your new dog. It's good he has lots of room to run and play! Turtle Island looks so pretty!

So glad to read your post, Lisa. I had no idea that you've been recovering from Lyme Disease! I can't even begin to imagine how much this has slowed you down. I'm glad to hear you're still running, even if it's shorter distances than you are used to. Please take care of yourself. Your family and your new puppy are as cute and sweet as ever!

Hi There, Good to hear from you. I'm only blogging once a week now --so have trouble keeping up with friends..... Can't believe how your boys have grown. I remember them as itty-bitties....

Sorry to hear about your lyme disease. Did you get a tick bite? SO SORRY...

Glad you are still hiking.... After getting A Fib last Feb. my hiking days are limited. We bought a stationary bike for exercise --and it's working well right now...

Hi, So glad to hear from you... I 'thought' I posted a comment here yesterday --but when I looked today, it was gone... That's twice that has happened this week... Don't know why... Irritating...

Basically --I said how grown up your sons are now... Most of us have been with you since they were little.... Amazing how time flies.

Sorry to hear about your lyme disease. Did you get a tick bite???? Hope you continue to improve.

Hope you get this one.
Hugs,
Betsy

The boys have grown so much. Guess that must have kept you busy and from blogging. Same for my side too.

The boys sure are growing! I loved seeing the new puppy, and of course, the Igloo! :)