And Then There Were Two

Well, the chicken update isn't the greatest.  We have two chicks left.  They seem to be doing very well, but so did the others before they died.  It's a little hard for me to know how to best help Pierce understand what is happening.  At 3 1/2, he seems so innocent.  Yet death is a part of life, so I am not hiding it from him.  He's sad over the ones that have died.  I hope these last two make it.  Paul is going to go buy some medicated food this morning, in case they've had some disease that has been wiping them out.  I didn't want to do medicated feed (even though everyone says that is the best way to go) because it just seems wrong to do medication just for the sake of it.  But maybe they truly need it.  Such a learning process. 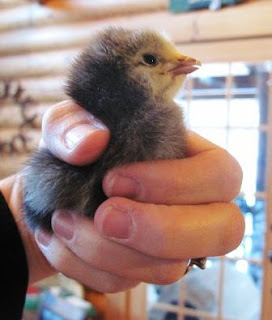 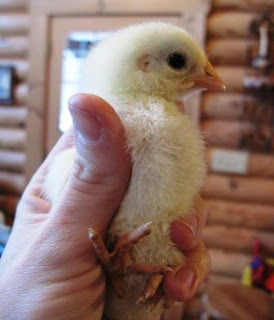 Can you guess where the names came from?  :-)
The temperature is stable in their home, they have food and water, and we'll add some medicated food later today for good measure.  We aren't handling them except to change the box in hopes they will get strong.  Hopefully they will persevere.
And we did find some friends who are going to give us some eggs to try incubating later this spring.
Hopefully we'll be a little more successful at incubating!

Can you still get that medicine that you put in their water? (Remembering chickens at Grandma's from 40 years ago.)
mom

Your not going to eat those cute things one day are you?

Oh I hope not! I don't know if they are layers or fryers. If one or both of them is a fryer, I can't vouch for what Paul will do...

Tell Paul I said the chickens are off limits. Are both of them still alive?

Elizabeth, Horace and Juliet are doing great! Looks like they're going to make it. And we're going to call and talk to the chicken company tomorrow. Southern States said they are good about replacing chicks that don't make it. Don't know if that's true or not, but since we lost 90% of them it doesn't hurt to try.

I want Horace. I believe that he may be my soulmate.

Aww, they are cute. We'll be rooting for them. Dude, medicated feed is the way to go. I know, I know, the are babies, but because so parasites and losing fluids because of them, will kill them quickly.
And if one is a fryer, I am suspect to the yellow fella, you'll have to do it in. After 8- 10 weeks old, they won't be able to walk as they bulk up and their legs give out. Meat birds are sad like that. You almost feel good putting them out of their misery. It's a sad deal all around. Which is why we stopped.

Unfortunately, I suspect you are right about Juliet being a fryer. She's getting lumpy. Either she's got weird tumor stuff going on or she's building up fat.

Hi! you visited my blog today and I wanted to check yours out-turns out we both have chickens! Re: the sadness of them dying and having to explain it to your kids--we grew up with chickens and one of the reasons I wanted to have them now that I have kids is so my kids would be able to see the life and death that happens in nature. It's a really good way for them to learn about that and they are surprisingly able to handle it (we've lost a couple to foxes/hawks). Good luck with your remaining two!