Recently the library was hosting a free magic show for kids, so the boys and I piled in the car and headed over.  We sat in the back (always handy with 3 young boys in case of the need for a quick exit) and settled in for the show.  It was packed - the room was full of kids and adults.  There must've been at least 100 people there.  The magician really worked the crowd, pumping the kids up and getting them all excited.

He had already pulled several kids from the audience as volunteers when he decided he needed an adult.  Now why exactly he decided to call on the unassuming, introverted adult with her hands most definitely in her lap, not raised, is beyond me.  I thought myself well-hidden in the back of the room.  Somehow, my plan failed and he called me up anyhow.  I'm a good sport, though, so I went up to the front of the room.

Speaking in front of large groups of people is not my favorite thing on earth, but I can and will do so if called upon.  I was thankful not to have issues with public speaking or anything like that.  While the magician was building up suspense, and talking to the audience, I saw Pierce waving his hand madly, trying to speak, "UM....".  I kept catching his eye, giving him the finger to the lips hush sign, and shaking my head no.  Several times we went through this and finally the librarian, who we know well from story hour, went over and sat with him.  I know Pierce, and I realized what he needed to say so badly.  He wanted everyone to know it was his mom up there with the magician.  He could barely stand not being able to announce it.  But finally he calmed down to watch.

The magician had me put on a commercial for a bottle of Dad's root beer.  Now I am not a performer.  In fact, the year I took drama I was in one of the worst plays ever.  I stink at acting.  But I good-naturedly told the audience why they should drink Dad's root beer, in a matter of seconds. 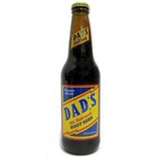 Then the magician wrapped the bottle in a piece of newspaper. He asked if I had a belly ache, to which I responded no.  He took the bottle, wrapped in newspaper, and pushed it through my stomach.  I watched it go in, but felt nothing.  Then he grabbed it from my back and pulled it out.  Fascinating!  I have no idea how he pulled this off, but I was impressed.

And so were my boys.  The whole way home, they jabbered on and on about how the magician put the bottle through mommy's tummy.  And I realized, suddenly, that they were proud of me.  Proud that it was their mom that got chosen to go up with the magician (after all, Pierce had wanted everyone to know) and excited that he'd used my stomach to put the root beer through.  I know that the future will hold days that the boys won't want to be around me, or that I will embarrass them.  So for that moment, for that day, I relished the idea that they were happy to call me their mom, and to let the world know about it.  Indeed, it was a day when I felt the joy of parenting magic.

This post linked with Pour Your Heart Out at Things I Can't Say.

What a neat magic story!

Way to go Mom! The boys were excited and proud, and you now have a memory to treasure.

This is wonderful! Cherish each of those special times. You're a great Mom!

I can just see Pierce in the back wanting to share. How cool that you got picked to be up front!

How wonderful! Treasure this memory and store it close to your heart. Then when you are feeling old and worthless someday, you can pull out that shining day when a magician pulled a bottle of rootbeer through your stomach and your boys were enchanted with you :-) I imagine there are many moms out there who can't pull up a single memory of a magical day when their children were proud of them. You are so blessed :-)

AW- what a great story! It truly is magic! What a wonderful mommy!

Now, this is just the sweetest story! Yes, the boys will always remember and so will you!

I'm wondering how the magician pulled that one off!! :)

Awwww, so cute and sweet!

What a great story, Lisa....and, I'm wondering how he did that trick, too!

That is cool that you got picked to go up! He will always remember that!

They will NEVER forget that! It's awesome that you got to do it even though it wasn't something you'd have volunteered for.

A fun story all around!

A beautiful story! So sweet how the boys were so proud of their mommy. And so cool that you were picked!

What a sweet post Lisa! There is no better feeling in the world than knowing that one's kids are proud of them and want the world to know it! And I'm impressed with the tummy and bottle trick too!

Now that is fun! I can only imagine how excited they were when you were pulled up on stage!

I'm not good at public speaking... I can do it but I get so nervous!

What a wonderful memory for your boys! You are right soon they will ask you to wait in the car when you pick them up from school. I remember my boys growing up and telling me to park on the corner not so near the school. They did not want their friends see mom picking them up. Lol they grow to fast.

I always thought you'd be good on stage anyway Lisa.

Would you like to be in my magic trick? It's the 'saw the lady in half' one. I've been through (literally) several assistants and just can't seem to get it right.

Awwww, how sweet that Pierce wanted everyone to know you were HIS Mom. I love, love, love public speaking. I don't even need a microphone usually...lol

What a fun day and so cute that your son was so proud of you!

Awwww, that is very very sweet!! They were so proud of you!!!

Great job Mommy! It's great that you participated. You could have said, "No." But you did it.

How fun and such sweet memories for each of you!

Of course they're proud of you and you are a prime candidate for a magician..."the quiet, unassuming, leave me alone, I'm OK here
mom"...:)JP

Oh you are such a cool Mom and I have a feeling your boys will never be embarrassed by you. B

Your boys have to think that's so cool! Mine would have been thrilled!

I love that story! sandie

Oh, that is so neat!!What a fun day for the boys to see their Mom
'on stage'.

How fun!! I'll bet they were so proud to have you selected!

You know, they don't always shun you at things. If you play it cool, they will always enjoy you being around. I would volunteer a lot at school, so the other kids got to know and like me joking around with them. Then my kids weren't embarrassed--they liked having the mom that everyone liked. I wasn't their "friend", but a mom who cared for everyone.

My kids still like that we are around and Em is a senior in high school.

Keep up the fun, pally!

That sounds like so much fun. They can really amaze me with their tricks.

What a fun memory you're able to share with your boys

Delightful tale and one I'm sure will be remembered and repeated by your sons for the remainder of their lives.