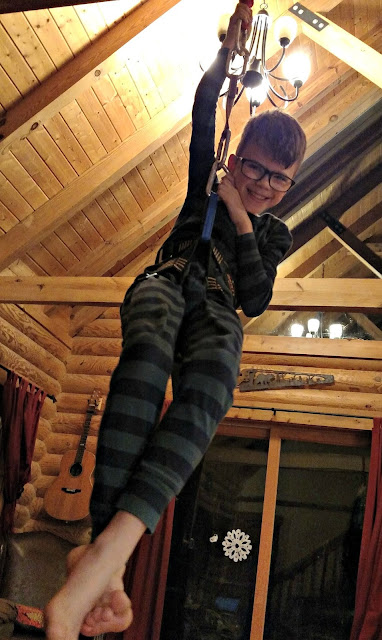 Wishing you all a Happy Valentines Day!

To me, it makes perfect sense!! Wow! You did accomplish a lot last year, Baby Girl but as always, take care of your injuries...:)JP

Sure makes sense!
I had to give up running what with leg injuries. I'd done it since I was 15. :-(

Oh my, you are strong, brave, and a real fighter!

We really need to give a camera to Pierce so he can take photos of you on the treadmill. Love that picture of him though!

Gosh,Lisa. You might be too dedicated to running. What if you got pneumonia or something? :-(

Runners always impress me..whether the distance or the frequency. I can't run..it is just not easy or pleasant for me. But...walking...I can do that. I can't wait to get back out on the trail this spring after my feet heal from surgery. I'm READY! Bring on the nice weather for walkers and runners!

Wow! That is a lot of running! I can't imagine running after completing 33 miles the day before- or running while sick.

You have been doing a great job indeed! and I bet you have wonderful celebration with your loved ones

Aww...he's so cute hanging there!

I hate running or exercising when I'm sick. You certainly rock it!

That is an impressive running record! And the picture is super cute! XOXO

You did great with these goals. All the best!

That a cute picture of Pierce.

He's hanging from the ceiling to celebrate your runs. :)

You're awesome! I didn't know what a running streak was but that's super commitment--especially when you're sick!! Congratulations. That run in Arizona must have been spectacular!